'I might be mistaken... but technically he has broken the law and failure to comply with the registry laws is considered a new sexual offense.' 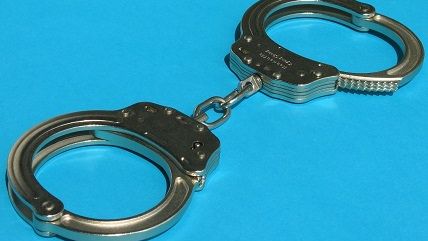 (Klaus with a K / Wikimedia Commons)

When I agreed to keynote the Reform Sex Offender Laws conference this week in Dallas, Texas, I didn't expect it to hit quite so close to home.

But before I arrived, I got a phone call from a soft-spoken, super-articulate young man, Joshua Gravens, who is a Soros Justice Scholar based in Dallas. His specialty is the injustice of the sex offender registry and the fact that it isn't making kids any safer (see this study and this article). He was also on the public sex offender list until recently and still has restrictions on his movement.* He invited me to come with him to the police department to give notice he had moved. Who could resist?

Josh became a sex offender at age 12. That's when he touched his sister's vagina, twice. His sister told their mom, Josh said it was true (he was too embarrassed at the time to mention that he himself had been raped as a young boy by three local high school kids), and their mom called a counseling service for advice. The counsellor said Josh's mother was required to report his crime to the authorities and the next day, he was arrested.

He spent the next four years in juvenile prison: the Texas Youth Commission, as it is officially called.

The charge was "aggravated sexual assault," because any sex offense against a person under age 14 is automatically "aggravated." He got out at age 16 and was put on the sex offender registry, which, in Dallas, requires him to report in person to the authorities once a year, as well as anytime anything in his life changes.

Today he is 27, married with children, and smiley. We met up, had a jolly breakfast (except for the fact he said he felt too pudgy to start a speaking tour), and then we went off to the registry, because his family had just moved to a new house and he had to let the state know no more than seven days after the move.

Just as the detective in the nondescript office finished typing this information into the system and Josh and I were about to go to lunch, a man with a beard and a badge strode up and said, "Joshua Gravens?"

"You are under arrest for not alerting the authorities to your new address." He whipped out handcuffs. "Put your hands behind your back."

As the man tightened the cuffs, Josh calmly explained he was registering his new address that very minute.

"The law says you you have to register the fact you are going to move seven days before the move, too."

"I think you're mistaken," said Josh, as pleasantly as if discussing the weather.

"I was told to arrest you," was the reply, and that was that. Josh handed me his car keys and followed the man out to his van along with a handcuffed woman who was crying. She was going to jail for having listed her address as a hotel when she actually lives in her car in front of the hotel.

(This statute suggests that the officer was correct: Registrants must report their intention to change addresses seven days before actually moving, according to the statute.)

After trying to reach Josh's contacts, I hurried over to the sex offender conference to ask: What would happen to Josh now?

"I might be mistaken," said Jon Cordeiro, a sex offender registrant and director of a Fort Worth re-entry program for offenders, "but technically he has broken the law and failure to comply with the registry laws is considered a new sexual offense."

Yes. Any registering snafu is considered a sex crime, and depending on the judge, it can be punished as harshly as the original offense. In other words: Josh, at 27, will be treated as if he just touched an 8 year old's vagina again.

"In Arkansas, he'd be looking at six," said another attendee.

Now, maybe Josh will get a great lawyer. Maybe he'll get a lenient judge, or compassionate prosecutor. Or maybe he'll spend half the next decade in prison, charged as a sexual predator for showing up 13 days late with his moving plans.

*The original version of this story referred to Gravens as a registered sex offender. He was actually removed from the public list in 2012 after his case drew media attention. But he remains on the list kept by police and his movement remains restricted due in part to two previous failures to register which still appear as felonies on his record, both of which he blames on being incorrectly informed about reporting requirements.