Maryland Tested Kids on Material It No Longer Teaches, Guess What Happened? 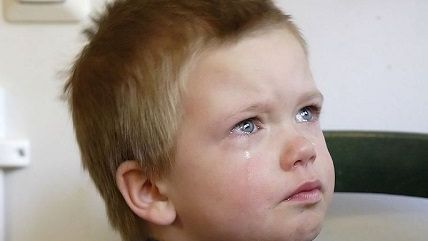 Maryland is in the midst of a shift to the Common Core national education standards, but even though schools are currently teaching a Core-aligned curriculum, they are still testing students on the old material.

What happens when public schools teach students one thing and test them on another? Unsurprisingly, scores plummet.

Students' scores had been steadily inching up until 2013, when there were sharp declines in reading and math scores, a slide that continued this year. In 2014, overall proficiency scores in reading and math among elementary students fell 5.2 percentage points to 80 percent proficiency. Middle-schoolers fared worse — 71.4 percent proficiency, a drop of 6.5 percentage points. Drops in Montgomery and Prince George's counties roughly mirrored the state averages.

During the past two years, the state has shifted its instruction to prepare for the tests by the Partnership for Assessment of Readiness for College and Careers, which are aligned with the Common Core and were recently field-tested in Maryland.

Note that the differences between the Core-aligned curriculum and the one it's replacing are substantial. Key areas of study are shifted to different grade levels. The approach is entirely new.

It seems idiotic—cruel, even—to submit kids to mismatched standardized testing. Legislation was proposed to cancel this year's tests, but federal requirements made that unfeasible, according to The Post.

Of course, some students had the privilege of serving as unwilling product testers for practice Core-aligned exams in addition to their regular, misaligned standardized tests. The results were not promising.

Kids must be pretty sick of being treated like guinea pigs by standardized testing makers and mandaters.