See a Kid in a Car? Get Out Your Crowbar and Start Smashing, Says New Law 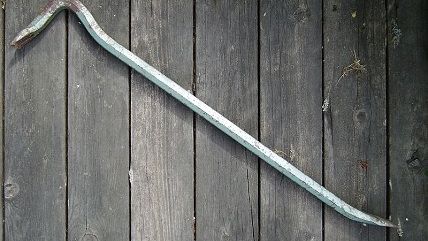 Tennessee has just made it legal to break into a car if you see a child in there and have a "good faith belief" that he or she will suffer harm if not immediately removed.

In other words, feel free to get out the crowbar.

This would make sense if we had a realistic sense of when kids are truly in danger. But we don't. We have been told by the media and the government that kids are in danger absolutely any time they are waiting in the car, even for a single minute. Look at this story, for instance: a mom found guilty of neglect for not hauling her sleeping kid into the store with her on a 10 minute errand. Or this one—a four-minute errand. Or this one, a mom berated by a "Good Samaritan" for a 20-second errand.

I hear from moms who got yelled at for returning their shopping cart to the corral after first getting their kids into their car seats, as if this put their kids in mortal peril.

We have become so hyper sensitized to the danger of kids waiting in cars, we can no longer see the difference between a child waiting while mom picks up the pizza and a child locked in the car all day while mom plays the slots.

But there is a big difference. I can find no instance of a child dying in a car who was there for the duration of a short errand. Of the 30-40 kids who died in parked cars, 86 percent perished because their parents forgot they were in the car and didn't come back for hours, or the children got into the car unbeknownst to the parents and then couldn't get out. (That wouldn't be the case in a parking lot.)

The Tennessee law requires that before a would-be Samaritan crowbars the car they try actually opening the door, and also call 911. But that immediately involves the police in a parenting decision. A far better course of action would be to simply stand by the car for a while and wait for the parent to return.

Smashing the window or prying open the door without waiting a while for the parent is extreme. It's acting as if every time a child is waiting in a car he's in danger, when—thank goodness—that's not the case. We know that because most of us often waited in the car as kids.

That practice simply was not labeled negligence back then, because it wasn't and still isn't. It's a decision that decent, rational parents who love their kids make every day.

Sometimes it makes sense to bring a child in while running an errand, sometimes it doesn't. Parents should be allowed to make that choice without the law breathing down their necks.