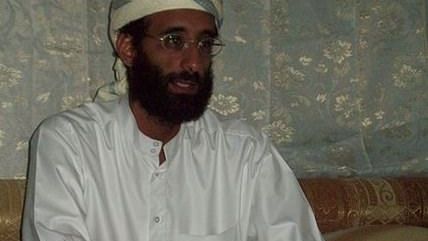 Today, in response to lawsuits filed by the American Civil Liberties Union (ACLU) and The New York Times, the Obama administration has finally released an important memo written by the Department of Justice explaining the legal authority to use drones to sometimes kill Americans without the benefit of a trial first. Anwar Al-Awlaki was an American citizen and also allegedly a terrorist organizer for Al Qaeda, killed in a drone strike in 2011 in Yemen.

The administration had been fighting the memo's release and losing. Today a redacted version of the memo was released. The ACLU has it posted here (the memo actually begins on page 67, following a lengthy court ruling). The "too long; didn't read" version: The Authorization to Use Military Force (AUMF) that gave us wars in Iraq and Afghanistan gave the administration permission to pursue and capture or kill members of Al Qaeda; Al-Awlaki was a member of Al Qaeda; therefore, killing was legal.

Al-Awlaki's Fourth Amendment right to due process is brought up toward the end. The Justice Department argues here that capturing Al-Awlaki was infeasible, yet he presented a threat to the United States as "continued" and "imminent," therefore lethal force was justified.

What sort of continued and imminent threat did Al-Awlaki present from Yemen? Don't know. That part is all redacted. The justification of why the CIA pursued this course of action is also almost entirely redacted. Even with the memo, we actually don't learn anything new from a leak of a similar memo NBC published last year. We don't know why Al-Awlaki was considered to be an imminent threat and why this drone strike was the only way the Obama administration believed it needed to deal with him.

Also note that the memo is entirely only about the execution of Al-Awlaki. The United States has killed four Americans abroad with drone strikes, including Al-Awlaki's teenage son. The son was not purposefully targeted, but was killed two weeks after his father's death after running off to Yemen. He had no known connections to terrorism himself.

The ACLU, in a release, said it would push for more information to be made public:

"The drone program has been responsible for the deaths of thousands of people, including countless innocent bystanders, but the American public knows scandalously little about who is being killed and why."