"Sunscreen is a toxic substance, and we can't allow toxic things in to be in our schools." 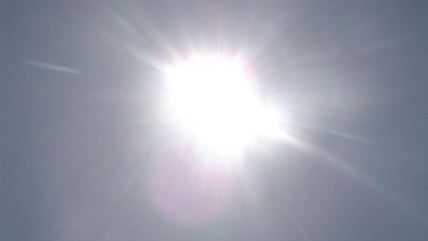 Schools go to extreme efforts to keep drugs and weapons out of classrooms, but are they doing enough to guard against the scourge of deadly skin-protective lotion? With summer just around the corner, it's worth celebrating a San Antonio, Texas, school district that takes its duty seriously and ensures that nothing comes between its students and the sun.

Sunscreen is one of the best protectors from the sun, but North East Independent School District parent Christy Riggs said her child wasn't allowed to bring sunscreen to campus and suffered the burning consequences.

"When you have a school field trip or a field day (in) which they're out there for an extended period of time, they should be allowed to carry sunscreen and reapply," said Riggs.

Riggs told reporters that skin cancer runs in her family, and her father recently passed away from it. The district, however, considers sunscreen to be a drug, and won't let anyone bring it to school without a doctor's note.

"Typically, sunscreen is a toxic substance, and we can't allow toxic things in to be in our schools," said Aubrey Chancellor, a spokeswoman for the North East Independent School District.