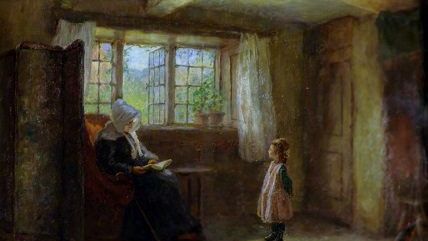 Opponents of Common Core have plenty of ammunition by now: The standards erode local autonomy, are costly to implement, and some experts dispute their rigor.

But an underexplored aspect of this problematic national education reform is the massive financial incentive that certain textbook and standardized test companies have to keep the U.S. on board with it. The Washington Post's Valerie Strauss provided a good example of Common Core's crony corporatist side in a recent article.

There are two large, multi-state partnerships tasked with implementing Core-aligned standardized tests, and one of them—the Partnership for Assessment of Readiness for College and Careers (PARCC)—recently invited curriculum companies to compete for the contract to design the tests. Textbook giant Pearson won the contract, surprising no one. Pearson, a British company, is the largest publisher of education materials in the world.

A PARCC press release described the selection of Pearson as the result of a "competitive bidding process." But it's hard to tell whether the process was truly competitive, given that Pearson was the only company to even submit a bid.

Now, another corporation is alleging that the process was unfairly biased toward Pearson from the start, according to Education Week:

A protest of the contract was made by the nonprofit corporation American Institutes for Research, which alleged that that the bidding process conducted by the Partnership for Assessment of Readiness for College and Careers (PARCC) was biased in favor of Pearson and that is why AIR did not submit a bid which it otherwise would have done, Education Week reported. The protest was made to officials in New Mexico who were serving as a representative of PARCC in making the call for proposals from companies to win the contract.

Keep in mind that the contract is worth so much money that officials haven't even attached a formal price tag. Instead, they have used the phrase "unprecedented in scale."

Common Core's most fervent defenders might not see the problem with any of this. They might even say it's a good thing that the biggest testing company on the planet is the one designing the exams for Common Core.

But it certainly undermines the notion that this is a "bottom up" education reform when state and federal lawmakers are colluding with mega corporations to dictate the tests to local school districts. Students in some states are already serving as guinea pigs for the new testing regime.

Keep in mind that many teachers will need to be retrained so that they can prepare their students to pass the Core–aligned tests. Schools across the country will have to purchase new computers before they are even logistically capable of administering the tests. Taxpayers are going to feel the pain, and Pearson is going to reap the profits.