Sixth graders are sick of working as conscripted product testers for Common Core. 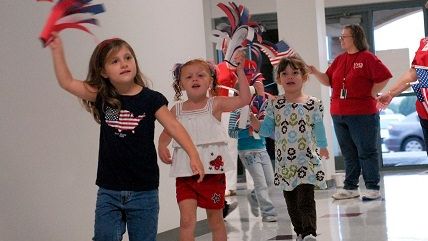 Sixth graders at a public school in Ipswich, Massachusetts, are sick of working as conscripted product testers for Common Core–aligned standardized exams—and have written a letter demanding compensation.

The exams are administered by the Partnership for Assessment of Readiness for College and Careers (PARCC), a non-profit state consortium tasked with designing the testing component of the new Common Core education standards. PARCC has been doing trial runs of its new standardized tests over the last few months. The states randomly chose which schools and classrooms get the honor of losing a week's worth of classes to be guinea pigs for PARCC.

But Ipswich Middle School's A and B period math classes have had enough, according to the Ipswich Chronicle:

During class [on] Monday, May 19, a teacher jokingly mentioned that the students should get paid for taking the test since their participation helps the PARCC and at the end of class the students pressed Laroche further on the idea.

"The kids proceeded to tell me that PARCC is going to be making money from the test, so they should get paid as guinea pigs for helping them out in creating this test," said Laroche. "So I said, 'OK, if that's the case and you guys feel strongly then there are venues and things you can do to voice your opinion, and one would be to write a letter and have some support behind that letter with petition."

At 8 p.m. that night Laroche received a shared Google document with an attached letter from A-period student Brett Beaulieu, who asked that he and his peers be compensated for their assistance.

"I thought it was unfair that we weren't paid for anything and we didn't volunteer for anything," said Beaulieu. "It was as if we said, 'Oh we can do it for free.'"

Showcasing math skills that might have led to his class's selection in the first place, Beaulieu calculated that the sixth graders should have earned $1,628 for 330 minutes of minimum wage work. That money could be used to buy school supplies, he said:

Beaulieu thinks they will receive some type of reply. He would be satisfied receiving school supplies, but he's rooting for the money. "I hope that we can get the money," Beaulieu said. "I mean it's really not all about that, but I think it would be cool if we could actually kind of make a difference."

Laroche and Beaulieu eventually sent the letter to PARCC and U.S. Secretary of Education Arne Duncan. It doesn't appear that either responded. I called PARCC to find out if they intend to answer. A spokesperson told me he would look into it.

Standardized testing is increasingly controversial, especially now that two test makers—PARCC for states in the south and east, and the Smarter Balanced Testing Consortium for states in the north and west—have exclusive federal mandates to administer Common Core–aligned testing.

Common Core is unpopular for many reasons, but a chief complaint is the perceived erosion of local autonomy over testing and curriculum decisions at the hands of federal bureaucrats and regional testing consortia. Fears of a nationalization of schools has led activists—including both left-leaning groups like teachers unions and right-leaning groups like the Tea Party—to pressure lawmakers in many states to cancel implementation of Common Core and its related standardized testing requirements.

Regardless of ideology, it seems like nobody—not teachers, not parents, not local officials, and certainly not sixth graders—likes being a guinea pig in an expensive national education experiment.