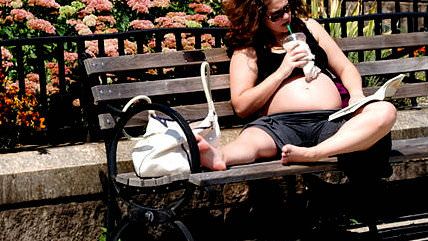 The Florida Supreme Court decided there's no need for anti-discrimination statutes specifically for pregnant women. Because women are the only ones who can be pregnant, state laws barring sex-based discrimination should suffice, the court ruled in a 6-1 opinion.

"Indeed, the capacity to become pregnant is one of the most significant and obvious distinctions between the female and male sexes," Justice Barbara Pariente wrote for the majority.

The matter came to Florida's high court after lower courts disagreed about whether existing state law did, in fact, bar pregnancy discrimination.* The case was brought by Peguy Delva, a front desk manager at property management firm The Continental Group who says the company refused to schedule her for shifts after her maternity leave.

A Miami-Dade County circuit court ruled against her, but the 3rd District Court of Appeals was more sympathetic, saying there was "no doubt" discrimination had taken place. Since Florida law doesn't specifically say anything about pregnancy discrimination, however, the appeals court also sided with the company.

The Florida Senate and House responded by introducing bills that would add pregnancy to the Florida Civil Rights Act. The court's ruling would seem to make these measures moot, but lawmakers never let a little redundancy deter them. Rep. Lori Berman (D-Lantana), sponsor of the House bill, told the Jacksonville Business Journal that "it's just as important as ever for the Legislature to pass it and for the governor to enact it as law."

*Federal law explicitly bans discrimination "on the basis of pregnancy," per the 1978 Pregnancy Discrimination Act.