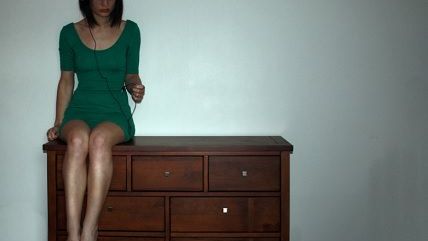 Attorney Lee Phillips, named Entertainment Lawyer of the Year by the Beverly Hills Bar Association, spoke with The Hollywood Reporter about his nearly fifty year career as a music attorney. He told the entertainment industry trade magazine that record companies, in "typical" fashion, didn't see the "digital revolution" coming:

"There are always changes in the record industry," he continues. "Piracy has been around since the cassette, but when labels didn't embrace digital right away, it was too late. I was there at the beginning, representing Real Audio, who hired me to acquire content from the labels, and the negotiations dragged on for almost a year. But music has always been important and will continue to be."

Phillips talked about the music industry's well-publicized early 2000s fight with Napster, the file sharing program that ended up being not an isolated bad actor but the front of a wave of change in the way music and other media are distributed. Phillips told The Hollywood Reporter striking a deal with Napster "might have made more sense" for record labels rather than what they did, campaign to shut it down.

Phillips isn't worried about his business prospects. As artists detach themselves from record labels, demand for his services increase. Phillips also sounds excited about wresting control of copyrights from the record labels, a process called "termination" by which copyright for work reverts to the artist. He's waiting for the first musician that "dares to step forward" to claim ownership of their master records.

Are copyrights for music, though, even necessary in the digital world? Phillips certainly isn't saying so, but does point to developments like corporate sponsorship of artists and artists moving to distribute directly to consumers that might support the case against expansive copyrights.

While from SOPA to CISPA the entertainment industry continues to fight yesterday's battles, Napster and the revolution in distribution that it heralded didn't spell the end of music, as the music industry self-interestedly insisted. A 2011 study, in fact, found that the rise of easy piracy may have in fact increased the quality of music being produced. While that may be somewhat of a subjective conclusion, it was arrived at through fairly objective analysis and calls to question the need for copyright, meant to protect not just creators but the rate of creation, in the first place.