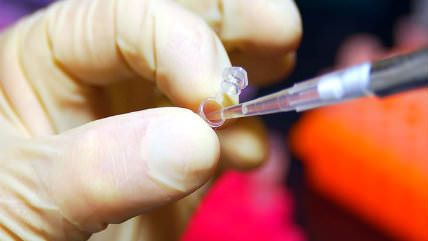 In France, police have seen fit to DNA test all male students and staff—527 individuals in total—at Fenelon-Notre Dame high school in La Rochelle as part of an ongoing sexual assault investigation.

The "DNA dragnet," as the AP calls it, comes after months of failed leads into the September 30, 2013, rape of a female student in a high school restroom. Though police recovered DNA evidence from the victim's clothing, they turned up no matches in the country's extensive DNA database.

DNA testing at the girl's Roman Catholic high-school started on Monday and will likely last through Wednesday. Prosecutor Isabelle Pagenellen said that no one had yet refused to give a DNA sample—perhaps because she'd warned that anyone who did would be considered a suspect and may be detained.

"The choice is simple for me: Either I file it away and wait for a match in what could be several years, or I go looking for the match myself," she told the Associated Press.

U.S. authorities have a less aggressive policy toward prosecuting rapists, notes Allie Jones with some dismay at The Wire. This is true, and thank goodness: While there are a lot of valid critiques of the way sexual assault case are handled in America, demanding the DNA of anyone in the vicinity of an assault is not something to emulate.

Students and staff at Fenelon-Notre Dame may be going along with the tests, but not all are doing so happily. "It's disturbing to have to do the test, it's bizarre," one student told The Local. Defense lawyer Joseph Cohen-Sabban told French newspaper Le Figaro that the situation was "ludicrous" and  "a truly unacceptable abuse of process." Refusing to give a DNA sample when not in custody is a right, he added.

French courts rarely order mass DNA tests, and those that have occurred generally targeted specific categories of people. According to France24.com, the only previous time blanket DNA sampling was conducted in France was in 1997 in response to the murder of visiting British teen Caroline Dickinson. French police tested more than 400 local residents the following year. Dickinson's killer, who was later arrested in the U.S., was not among those tested.