Matthew Feeney | From the April 2014 issue 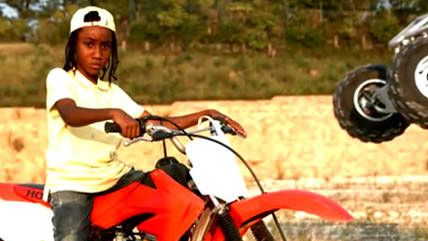 Lotfy Nathan's film 12 O'Clock Boys follows Pug, a boy from West Baltimore, as he tries to join the dirt bike group that gives the documentary its name. The group has no clear goal other than riding at high speed through Charm City. Local police are under orders not to pursue the riders, on the grounds that the pursuit would likely endanger the public more than the riders do themselves, but clashes are inevitable.

Pug's yearning to join the gang illuminates the bleak prospects for a young person in Baltimore. He turns to the gang for companionship and role models in an environment where authority figures such as the police are not only distrusted but hated.

Nathan's film is an unusual and bittersweet coming-of-age story. But it is also packed with stunning footage of the 12 O'Clock Boys in action, as dozens of riders zip through town, performing wheelies and other tricks as they evade and taunt police.