List of North Korean State-Approved Haircuts Reportedly Down to One for Male Students, Kim Jong Un's 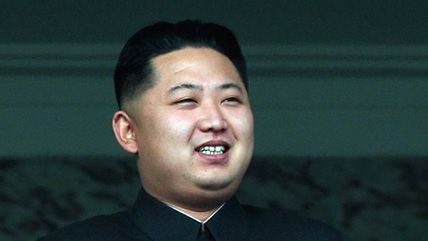 In the totalitarian regime of North Korea, men have long been limited to a choice just 10 haircuts. Now, according to the BBC, the choices for male university students may be down to one:

The state-sanctioned guidelines were introduced in the capital Pyongyang about two weeks ago, Radio Free Asia reports. They are now being rolled out across the country—although some people have expressed reservations about getting the look.

"Our leader's haircut is very particular, if you will," one source tells Radio Free Asia. "It doesn't always go with everyone since everyone has different face and head shapes." Meanwhile, a North Korean now living in China says the look is actually unpopular at home because people think it resembles Chinese smugglers. "Until the mid-2000s, we called it the 'Chinese smuggler haircut'," the Korea Times reports.

The BBC initially reported that all men in the Hermit Kingdom were required to get the cut, but has since updated its story to reflect that reportedly only male university students are affected by the new law. NK News reports recent tourists to North Korea have not noticed a difference in the hairstyles. NK News, in fact, considers the original story "unlikely" to be true because of the lack of first hand witnesses. Slate, too, expressed skepticism about the original story, pointing to thin sourcing and the lack of confirmation from visitors to the country.

The skepticism about the story is born of a lack of information about North Korea. Recently, quite a few organizations got burned by the salacious "uncle fed to starving dogs" story. The stories are similar, in that both are based on known facts about the North Korean regime. Kim Jong Un and his predecessors have made a practice of regularly executing former members of their gangs. And North Koreans' fashion choices are severely limited. But the stories are different too. The starving dogs stretched credibility, even for the North Korean regime (though probably not for its horror as much as for its logistical impossibility). The haircut story, on the other hand, seems par for the course in the nightmare that is North Korea.

UPDATE: The Associated Press is also dismissing the story, even with the caveat that only students are required.