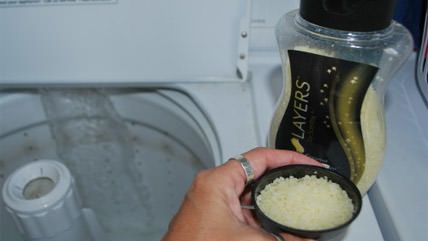 Oklahoma County, Oklahoma, deputies pulled over Delbert Dewayne Galbreath for a broken brake light. After Galbreath admitted he also did not have a driver's license, they asked if they could search his car. They found a bag containing 16 pieces of a rock-like substance and a digital scale. They thought the rocks were cocaine. Galbreath insisted they were Scentsy, presumably the washer whiffs made by that company. Sure enough, a test revealed they were not cocaine. But that didn't help Galbreath. Deputies charged him with suspicion of possession with intent to distribute an imitation controlled dangerous substance, possession of drug paraphernalia, driving under a revoked license and defective equipment.