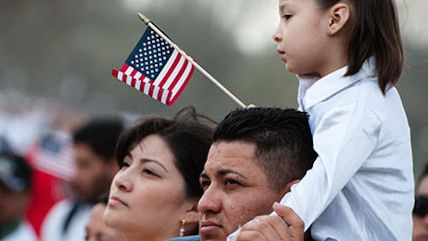 The Public Religion Research Institute has produced an interesting "infographic" highlighting results from their Hispanic Values Survey. The survey asked Latino respondents "What is the first word or phrase that comes to your mind when you think about the Republican Party?" What they said might surprise you, especially given that Latinos voted for President Obama over Mitt Romney by a margin of 71 to 27 percent.

According to PRRI's survey, less than half of Hispanic respondents had a negative reaction to the Republican Party, instead most were neutral or positive. Even one of the responses PRRI coded as negative—that Republicans are "rich"—isn't necessarily a bad thing since Hispanics lead the way in faith in the American Dream and the bootstrapping work ethic it entails. For instance, recent surveys have found 7 in 10 Hispanics cite education and hard work as most important for success and most believe their children will be better off than they were.

It's worth pointing out that Ronald Reagan and George W. Bush had the greatest success in narrowing the partisan voting gap among Hispanics. Arguably, Reagan and Bush represent different strains of the Republican coalition, but both had charisma, made the effort to reach out, and perhaps even genuinely cared.

Here are the results, coded as negative and positive by PRRI:

"What is the first word or phrase that comes to your mind when you think about the Republican Party?"