Matthew Feeney | From the March 2014 issue 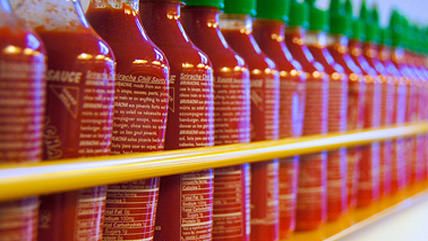 A Los Angeles Superior Court judge has ordered Huy Fong Foods, the manufacturer of Tuong Ot Sriracha hot sauce, to partially shut down a factory in Irwindale, California, thereby providing a real-life lesson in the economics of externalities.

The November order was a response to the factory's pungent emissions. The neighbors' complaints ranged from the comparatively mild, such as eye irritations, to the severe, with some residents leaving their homes-or being unable to leave-because of the smell. Judge Robert H. O'Brien rejected a request that the whole factory be shut down, but he told the company to halt the activities producing those effects and take steps to mitigate them. Shortly afterward, the state's health regulators swooped in for an unrelated reason, putting a 30-day hold on Sriracha production on the dubious grounds that the product, which has been consumed safely for decades, might be dangerous because it is raw.

Since then, fear of a Sriracha shortage has unleashed a little entrepreneurship. One person tried to sell a small packet of Sriracha sauce on eBay for $10,000. At press time, he hasn't found any takers, but Sriracha sellers with more reasonable prices have had better luck.