Netflix could do well with channels 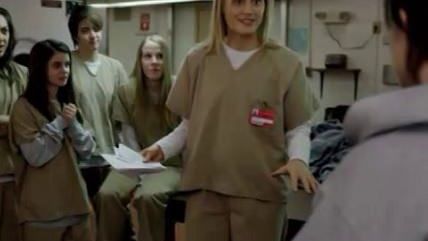 You know what else is a stream? Live TV! It comes with the very same qualities that exist in and enliven all the examples above. It's immediate. It's constant. It's always-on, always-there, always-new. You don't have to do a damn thing except show up.

While synonymous with the age of streaming video, Netflix is less like a stream and more like a colossal vending machine. It offers a plentitude of carefully wrapped choices, each requiring careful consideration. Infinite choice is exhausting. Ask anyone who's spent 30 minutes trying to pick a movie, only to give up and see what's on TV.

I can relate, as can anyone who finds trouble committing to a two hour long movie and then watches five episodes of an hour-long TV show instead. Vanhemert suggests Netflix try something between organizing its "second-tier" content into channel-like streams or just a "Pandora-mode" of actually-streaming video. He offers that Netflix may be prevented from doing this by its licensing restrictions as a reason about why the obvious-when-you-hear-it idea hasn't been tried yet.

Netflix is a step in the direction toward a more individualized television experience, part of the brave new libertarian world of digital content. Were Netflix to develop channels of their own, it's not hard to imagine you'd be able to personalize those too. It really is hard to say you're not better off than you were ten years ago.

Related on Netflix as television network: how it's making TV shows like one.