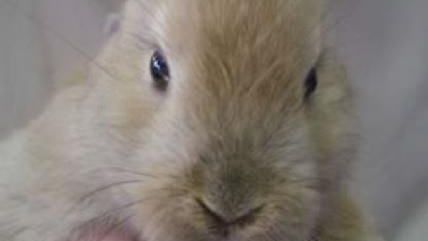 Sometime in early 2006, I remember sitting in a coffee shop with some fellow grad students and overhearing other students at the next table talking about Facebook. As young people who thought ourselves hip to the trends, we were all on the social media site, but it seemed odd to hear about the online phenomenon in the real world, even if it was among its target demographic, students.

Fast forward nearly a decade: Ten years after its original launch on February 4, 2004 as a Harvard-only website, Facebook's little blue icon is ubiquitous. It's on television ads, fast food menus, even bottles of soda, looking for a like from you. Time named "you" the person of the year in 2006, arguing that Web 2.0 brought community, cooperation, and mass user-generated content ("the cosmic compendium of knowledge Wikipedia… online metropolis MySpace"), to the forefront of the Internet. Facebook got name-checked once (you made a profile!), and Twitter, founded just nine months before the issue went to print, not at all. Time now invites you, as do most media websites with most of their online content, to share the article on Facebook or Twitter.

While for a lot of people (the non-neurotics, according to at least one study), Facebook is about photos from family and friends, it's also increasingly become a driver of outbound internet traffic. As The Atlantic explained last year, it's why Upworthy-like headlines, such as "You'll Never Believe How These 6 Headlines Got People to Click on Them" (you will, it's probably sex), have becomes so popular so fast: they get you to click on them, and share them on Facebook, and how often they're then seen on Facebook because of that has rapidly increased. As The Atlantic points out, Facebook claimed in October that traffic it had driven to Time was up 208 percent over the previous year, while for Buzzfeed, a media website with some real reporting, nevertheless built on the kind of clickbait that makes this possible, traffic from Facebook went up 855 percent. The increases were made possible by tweaks to the algorithm that puts order to your Facebook news feed, something that started off as a chronological roll of status updates, and has since been modified several times, usually to at least some negative reaction, over aesthetics or privacy, that eventually subsides.

How many articles like "8 Photos of Babies and Dogs That Make You Go Awww" you see aside (and remember: just as "the map is not the territory," Facebook is not the Internet), how often and why you see photos of babies or dogs in your Facebook feed has to do with more than just Facebook's changes to its feed, but the peeling away of the perception of privacy Mark Zuckerberg's promoted since before the website's creation. In 2003, then Harvard sophomore Zuckerberg said he was accused by the school of violating copyrights and individual privacy by creating and operating a website called Facemash, which harvested photos available online of Harvard students, and then offered them up for rating "Am I Hot or Not" style. The original "Am I Hot or Not?" website, incidentally, is now basically a Facebook app. Zuckerberg said he pulled Facemash down over criticisms for using ID photos and objectifying people, but the point, intentionally or not, had been made: Nothing accessible online is actually private.

Over its ten year history, Facebook's periodic changes have each time pushed the edges of what users could consider reasonably private. A Reason-Rupe poll in September found that 61 percent of Americans didn't trust Facebook with their privacy, compared to only 40 percent who didn't trust the National Security Agency, which has induced Facebook, and other Internet companies, to help it collect massive amounts of data on Americans' internet usage. Nevertheless, only a small proportion of Facebook users ever make a change to their privacy setting or provide an opinion on the matter, even when solicited by the company itself (remember Facebook voting?). And unlike the NSA, Facebook remains something from which people can opt-out (unless it's nationalized).

Will people eventually opt out of Facebook in great numbers, through deactivation, deletion, or death? At least one group of researchers predicts that will happen imminently. Using disease epidemic models, they say Facebook may have peaked already and could lose 80 percent of its users in the next three years, like a spreading virus that dies out. Maybe there's only so much time you can waste on Facebook. Focus groups for Pew research on teens leaving Facebook point to issues like "drama" and that Mom's made a profile. The popularity of apps that block political content on Facebook could be evidence of an "echo chamber" effect and its inevitable backlash. Facebook insists, instead, that the opposite is true; that the site brings information to people from disparate sources they may not otherwise have come across.

No look at ten years of Facebook would be complete without acknowledging that social networking sites like it have helped foment political unrest in countries with arrested politics, undoubtedly a positive development, even if Facebook would prefer to collude with governments, because it's bad for business not to. Even here, whether its role in enabling dissidence comes from the creation of echo chambers or their deconstruction remains an open question, especially where the fruit of such dissidence is still bearing. But as I checked Facebook periodically while writing and revising this last night, I saw complaints about complaints about the bilingual Coca Cola ad, a complaint from a teacher about maybe not having a snow day today (because safety!), and admiration for Ben Bernanke for being able to make a successful and seamless career change in his mid-60s in this kind of economy, no easy feat when you're not a top man. In the end, as with life, Facebook's all about who you know.

Note: There is no bunny, so he's not going to "get it" whether or not you shared, but I successfully held back a piece of crucial information to the very end, something I'm told the gods of Facebook approve of. The story of someone trying to ransom the Internet over a bunny is in fact an urban legend, something that might make you REGAIN FAITH IN HUMANITY. Or not.