Brickbat: They Call Me the Fireman 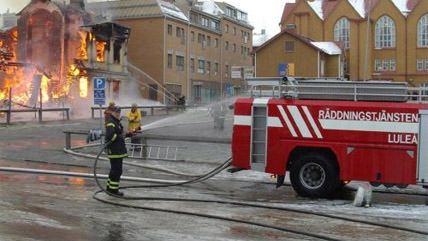 Medric Mills had a heart attack across the street from a District of Columbia fire station, so his daughter rushed across the street for help. There were reportedly five firefighters on duty that day. But none of them would cross the street to help. The daughter says she was told they couldn't do anything unless they were dispatched. Even the pleas of a police officer couldn't get the firefighters out of the station. Meanwhile, the ambulance that was sent for Mills was mistakenly directed to an address 26 blocks away. Mills died while waiting for help.