Woman Collapses in Courthouse, Dies, Attorney Says She Was Stressed By Commando-Style Raid on Her Home, Husband's Arrest 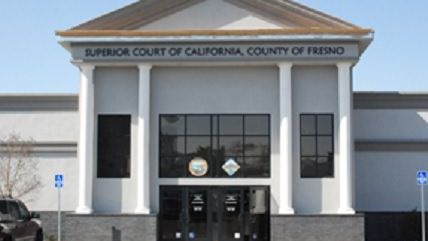 Stacey Feigel's husband, Sheldon, is facing multiple felony counts related to an alleged scam involving filing fraudulently for adverse possession on abandoned homes. While arriving in court for a hearing, Stacey collapsed from a "cardiac event" (according to the coroner) and died. Attorney Mark Coleman suggested stress from the raid and arrest could have led to her death.

Via the Fresno Bee:

Stacey Feigel appeared fit and healthy and jogged regularly, he said. But she also has been stressed by her husband's arrest and the commando-style raid on her home when three of their children were present, Coleman said.

Investigators, with guns drawn, entered their home while family members were sleeping or just waking up, Coleman said.

"For Chrissakes, the family had never been in trouble before but police pointed guns at the kids' heads," he said.

The Sanger attorney was arrested on suspicion of perjury and falsifying documents in a statewide real estate scam. He has filed a claim against the state of California seeking $1 million in damages for the raid on his family's home.

His claim alleges that armed officers violated his freedom of unreasonable search and seizure when they entered his home at 6:30 a.m. on Jan. 15. He was then held all day and denied his right to speak to a lawyer.

The Feigels also are seeking damages for the assault and emotional distress inflicted on his three teenage children who were home at the time.

More Reason on the militarization of police.