Opponents of school choice sincerely believe that if you make everybody stay on the Titanic, then maybe it won't sink as fast. 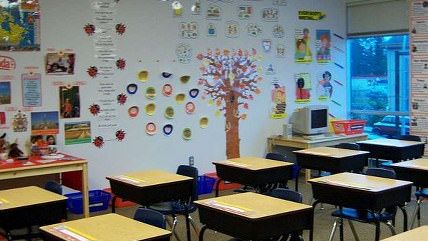 Virginia congressman and House Majority Leader Eric Cantor has been casting about for an issue that might help emancipate the GOP from its current caricature as a party of plutocrats who get a kick out of kicking the poor when they're down. Hence his recent shot across the bow of New York's new mayor, Bill de Blasio.

De Blasio's predecessor, Michael Bloomberg, sought to control many facets of New York life but actually liberalized one of the most reactionary: education. During his term, the number of charter schools in the Big Apple soared from seven to 123.

De Blasio, a left-wing ideologue, does not approve. His "idealism," as The New York Times explains, was shaped by his time in Nicaragua, then controlled by the Sandinista revolutionaries of whom he became an "ardent" supporter. "They gave a new definition to democracy," de Blasio once said. That they did: Their version of it included censorship, suspending civil rights, breaking up demonstrations and imprisoning suspected political opponents without trial.

No surprise, then, that de Blasio is taking out after charter schools—an innovation that has helped poor and underprivileged students by bringing a (very) small degree of personal choice to a system controlled by the state. Bloomberg let charters share space with regular public schools. De Blasio has threatened to evict them. Cantor pointed out in a recent speech that this could mean the end for many of them.

De Blasio shot back, insisting the "Republican agenda in Washington" is "a dangerous philosophy that turns its back on public education"—one that "has failed many times before." Which is odd, because (a) charter schools are public, not private, schools and (b) "a study published earlier this year shows that the typical New York City charter student learned more reading and math in a year than his or her public school peers." This is according to that well-known propaganda arm of the Republican Party, the New York Times editorial page.

De Blasio isn't alone. Although Barack Obama ran for the Oval Office on a theme of "hope" and "change," on the issue of educational choice his administration has demonstrated considerable hostility to both. The White House has opposed the D.C. Opportunity Scholarship Program, which provides vouchers to poor children. Meanwhile, the Justice Department has relentlessly attacked a voucher program in Louisiana in a campaign The Washington Post editorial page calls a "perverse" and "appalling" bid "to trap poor, black children in ineffective schools." (The department's claim that parental choice would re-segregate Louisiana's schools was so transparently specious that it has retreated—somewhat. Rather than block the program outright, the DOJ now seeks to regulate it to death.)

The Obama administration has been friendlier toward charter schools, and other Democrats are even more open to innovation: New Jersey Sen. Cory Booker supports vouchers, as have former Wisconsin Gov. Jim Doyle and, according to an October poll, a majority of Democratic voters in Rhode Island.

Others, however, remain firmly wedded to the notion that the only reform worthy of discussion is the same one that already has been tried a million times over: more money. After adjusting for inflation, per-pupil expenditures have nearly doubled since the mid-1970s, while student performance has scarcely budged.

Critics of parental choice point out that charters and voucher programs have shown mixed results. One federal study of the D.C. voucher program, for instance, noted that while it marginally increased the odds of a student graduating from high school, it had produced "no conclusive evidence" of academic improvement. And a federal audit found what Politico calls "a glaring lack of controls to ensure that the private schools receiving the vouchers were physically safe or academically sound."

In other words, vouchers make bad policy because the children who use them might end up attending … schools just as bad as the ones they used to. And this is a defense of the status quo?

A second complaint about voucher programs, at least, is that they might end up benefitting rich families. Think about that for a moment: It implies that poor families should be denied a benefit simply to keep rich families from getting it too. Talk about mean-spirited.

A third knock on school choice comes from the tinfoil-hat brigade: It's nothing but a plot to privatize education and fatten corporate profits. Two minutes' careful thought should dispel that idea:

(2) More than half the students who have participated in the District of Columbia's voucher program chose Catholic schools. Catholic schools may be many things, but engines of profit they are not.

(3) Because school-choice proposals often are aimed at the poor, many entail tuition tax credits. In Alabama, for instance, a corporation that donates money to a school-choice scholarship fund can claim half the value of the donation as a tax credit. Indiana, Oklahoma, and other states have similar policies. This means companies in those states that support school choice for low-income kids actually lose money on the deal, the heartless jerks.

Opponents of school choice aren't heartless jerks, either, of course. They sincerely believe that giving poor families the same opportunity to choose education alternatives that rich families have would be a big mistake: If you make everybody stay on the Titanic, then maybe it won't sink as fast. This doesn't make them wicked. It just makes them wrong.