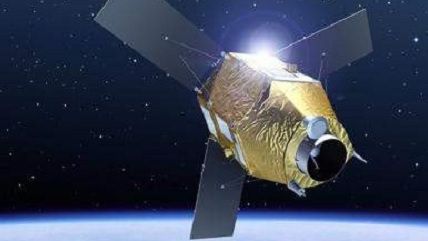 Who says the U.S. doesn't manufacture anything anymore? Some American components may have made their way into spy satellites from France.

A United Arab Emirates (UAE) deal to purchase two intelligence satellites from France worth almost 3.4 billion dirhams (US $930 million) is in jeopardy after the discovery of what was described as "security compromising components."

The deal between the UAE and France was signed in July, for delivery in 2018. Defense News' source says the UAE has asked the compromising components be replaced and may involve Russian and Chinese firms in the future.

What might the UAE need spy satellites for? Maybe to catch more parodists.