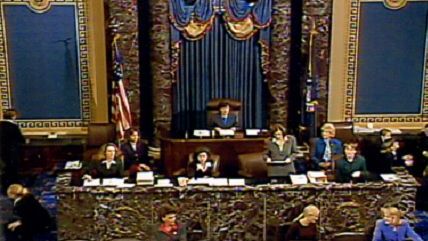 The sequester barely nibbled at the edges of the federal government's spending problems, but Washington's big spenders decided even that attempt was too radical.

The U.S. Senate passed a two-year budget deal on Wednesday to ease automatic spending cuts and reduce the risk of a government shutdown, but fights were already breaking out over how to implement the budget pact.

By a vote of 64-36, the Senate sent the measure to President Barack Obama to be signed into law, an achievement for a divided Congress that has failed to agree on a budget since 2009.

Establishment Republicans borrowed Democrat rhetoric on opponents of the spending bill being "dangerous," and the Senate Conservatives Fund responded by calling Mitch McConnell and John Boehner public enemies number one in a fundraising email, claiming the Republican leaders were "attacking conservatives because they don't like it when the grassroots hold them accountable." The fund is running primary challengers against various Senate Republicans, including McConnell.