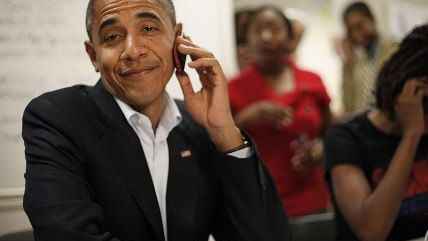 Maybe it's not just Obamacare. Maybe NSA spying revelations, rough treatment of critical journalists, a lack of transparency, and other presidential foibles have also played a role. However it breaks down, though, Gallup reports that President Barack Obama's approval rating now stands at 39 percent, which is the lowest it's been in the past year. It's also only one point higher than his all-time low, which he hit October 14-16, 2011. That's a bit of a tumble from the early hopey-dreamy period, when he scored 69 percent in January 2009. Oh, how jaded we've all become. Our once shiny, new president has lost our favor. Well…Maybe he actually pushed the favor away.

Interestingly, Gallup has a tool that allows you to compare approval ratings over time among presidents. It seems that Americans have become a bit tougher on national chief executives than was once the case. Of course, we're probably a bit less naive, and more knowledgeable of their flaws than we used to be, too. How does the current guy stack up? Well, Obama may rank generally lower than his predecessor (and let's concede that 9/11 gave George W. Bush an early advantage, public-perception-wise) though it's practically a dead heat this far into their administrations, but he at least pulls greater support at this point relative to…(drumroll, please)…Richard M. Nixon.

So…He has that going for him.

Of course, approval rating or no, we're stuck with the guy.