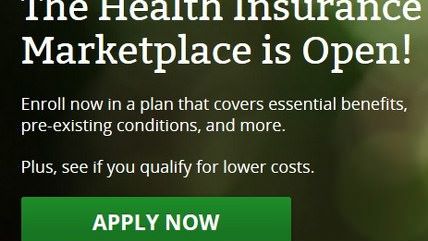 A recent survey of New York doctors finds them wildly unenthusiastic about the new health plans offered through Affordable Care Act exchanges. The Empire State results follow on those from a much larger national survey of physicians that also showed sparse willingness to participate in health plans offered on the exchanges. Red tape and poor design and implementation had physicians worried even before the October launch of the exchanges provided a train-wreck-y case study of government incompetence. Also acting as doctor-repellent are compensation rates far, far below those offered by existing health plans.

A poll conducted by the New York State Medical Society finds that 44 percent of MDs said they are not participating in the nation's new health-care plan.

Another 33 percent say they're still not sure whether to become ObamaCare providers.

Only 23 percent of the 409 physicians queried said they're taking patients who signed up through health exchanges.

Even among physicians who are participating, three out of four say it's only because they're forced to by contractual obligations; just one in four signed up by choice.

Last month, the Medical Group Management Association surveyed a much larger group of doctors around the country. Just 29.2 percent of respondents told the MGMA they planned to participate in exchange plans, while 40.2 percent were considering the matter, and 14.4 percent had already decided against participation. Interestingly, among those participating, 26.8 percent also cited contractual obligations as their reason for accepting exchange patients, and another 21.6 percent pointed to "Inability to select patients based on their insurance." (The question allowed for multiple, overlapping responses).

Why the lack of enthusiasm?

The New York respondents cited low pay, chaotic implementation and administrative hassles as major concerns. The MGMA survey was more specific, with 64 percent citing "administrative and regulatory burdens," 61.9 percent citing "financial burdens from patient collections," and 59 percent pointing to the 90-day grace period during which doctors must continue to offer coverage to patients who don't pay their premiums—and then will have to swallow two months of uncompensated costs if those patients turn out to be true deadbeats. Another 59 percent pointing to "low reimbursement rates."

Red tape and administrative headaches are a growing concern across the board for medical providers dealing with insurers or simply trying to comply with laws including HIPAA. The Affordable Care Act makes them worse, but they aren't new. The terrible compensation offered to doctors for seeing patients who buy plans through the new exchanges is new, however.

Citing a health industry executive, the CT Mirror reported that "national insurers appeared to have a one-size strategy across the country, tying reimbursement rates to Medicare rates. That might work in places where Medicare rates are high, but not in places where they're low." That strategy is just a bit problematic at a time when Medicare is losing doctors willing to accept its low rates or deal with its bureaucratic hassles.

A representative of one primary care provider organization, speaking to MedPage Today on background, said some rates were 70% lower than traditional preferred provider network plans, adding that plans were trying to make provider rates as low as possible to keep premiums equally low.

"Initial hearsay information is that payment rates being offered by [marketplace] plans are quite low in at least some of the states," a federal affairs representative for a second primary care provider group said. "What that means is that fewer providers will sign up."

Read that again: "some rates were 70% lower than traditional preferred provider network plans." Whatever industry you're in, can you imagine having to take a 70 percent haircut to your pay from any customer or group of customers and continuing to work with them? Could you keep your doors open if that was across the board?

Much press coverage so far has focused on the disastrous rollout of the health exchanges and the difficulty patients have had in signing up for plans. Wait until Obamacare enrollees find out that they have an insurance card that isn't worth a damn.