Video Games Are Now a Dominant Entertainment Option. Why Is Gaming Still Treated Like a Subculture?

Why is a recreation that virtually all males (and a majority of females) do still seen as a problem? 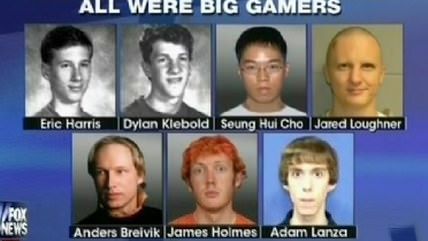 As Peter Suderman just noted, the summer's biggest entertainment blockbuster landed right as the season's wrapping up. It's not a movie, though. It's a video game. Grand Theft Auto V was released on Tuesday and sold $800 million in copies in a single day. Entertainment magazine Variety reports the figures and compares them to Hollywood's summer numbers:

The release of "GTAV" is certainly impressive, especially when compared to film releases.

"GTAV" boasted a budget just as lofty as most tentpoles, with Rockstar spending around $115 million to make the game and Take-Two another $150 million to market it throughout the year.

So in a single day, GTAV beat all but two summer movies' entire ticket sales. Of course, video games are about five times more expensive than movie tickets. These numbers don't even include Brazil and Japan yet, both of which are huge gaming markets.

These massive numbers are interesting in that arguably mark video games as a dominant (if not the dominant) entertainment medium, yet here in America it's still treated as this unusual, at times even obscure, subculture. The failure to grasp that video games are a central component of our entertainment industry becomes all the more obvious in media coverage of video game violence, particularly when it intersects with real-world violence as it did this week. Washington Navy Yard shooter Aaron Alexis reportedly played lots of first-person shooters, so they must have been somehow responsible and not what appears to have been some very serious mental issues.

Fox News is catching flak for this image below pointing out that all these mass killers were big gamers:

This image came from a segment that actually aired on Sept. 10, days before Alexis' rampage. Media Matters critiqued Fox's sensationalized reporting, pointing out that investigators were ultimately unable to find evidence that Seung Hui Cho was a gamer at all, and that many of the games these killers played weren't realistic shooters but were instead fantasy role-playing games or strategy games. I would add that several of these mass killers weren't teens either, which makes the heading on the image rather strange.

Imagine such inaccuracies if the media were talking about a person's other entertainment options. Movie violence was dissected when James Holmes went on his shooting spree at a showing of The Dark Knight Rises in Colorado. If the last movies Holmes saw were a romantic comedy, a fantasy adventure film and a cartoon, would all of that film consumption be thrown together as evidence of encouraging Holmes' violent behavior? And how would viewers react if Fox reported such a thing?

All the killers were male. Going back to 2008, a Pew poll showed that 99 percent of teen males play video games. 99 percent. Teen girls, by the way, clocked in a respectable 94 percent. The shooters turned out to be gamers because they were guys, and guys, by and large, are gamers of some sort, as GTAV's sales numbers show. And a certain percentage of guys are going to turn out dangerous and violent. Video games are incidental to dealing with this much larger problem.

Knowing how much video games are embedded in Western culture now, there are undoubtedly many gamers working at these news outlets that report about games so poorly who could try to correct this behavior. At some point, one has to assume that this type of poor reporting is deliberate and not a result of ignorance or misunderstanding.