Thailand's Central Bank Outlaws Bitcoin, Though Enforcement Should Be Interesting 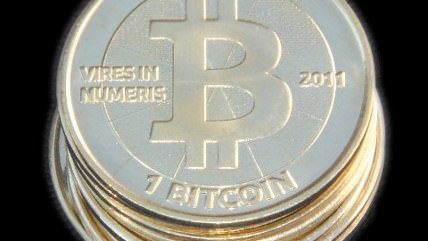 There's some uncertaintly about how official this new ban actually is, but the Bank of Thailand has reportedly outlawed any use of Bitcoin in the country. The "huh?" factor comes from the news being announced by a Bitcoin exchange, and not by the central bank itself. For now, Thailand appears to be first country to outlaw the cybercurrency. Whether the country's government can make that ban stick is another issue, since Bitcoin was designed to be anonymous and as un-bannable as possible.

The Bank of Thailand declared Bitcoins illegal on Monday, making it the first country to ban the virtual currency.

According to an online statement by Bitcoin Co. Ltd., which facilitates the trading of the currency, the ruling came after months of meetings between the company and Thailand's central bank. Thailand's Foreign Exchange Administration and Policy Department ultimately decided on the ban "due to lack of existing applicable laws, capital controls and the fact that Bitcoin straddles multiple financial facets."

Essentially all activities involving Bitcoins have been rendered illegal, including buying and selling Bitcoins, using Bitcoins to buy or sell goods online, and sending or receiving Bitcoins from outside the country.

As mentioned, the ban was announced on the Website of Bitcoin Co. Ltd., in a statement which reads, in part:

Initially the Bank of Thailand had bypassed the company's money exchange license on the basis that Bitcoin was not a currency, however the company was invited back, on July 29th, 2013, to participant in a conference about how Bitcoin works in general, and business operations of Bitcoin Co. Ltd.   The conference was held with about 15 members of the Bank of Thailand in attendance.  During this conference, managing director of Bitcoin Co. Ltd. gave a presentation about the workings of Bitcoin, the benefits of Bitcoin, insight into the company's operations and future implications of Bitcoin.

At the conclusion of the meeting senior members of the Foreign Exchange Administration and Policy Department advised that due to lack of existing applicable laws, capital controls and the fact that Bitcoin straddles multiple financial facets the following Bitcoin activities are illegal in Thailand:

Based on such a broad and encompassing advisement, Bitcoin Co. Ltd. therefore has no choice but to suspend operations until such as time that the laws in Thailand are updated to account for the existance of Bitcoin.  The Bank of Thailand has said they will further consider the issue, but did not give any specific timeline.

Some online commenters have pointed out that the Bank of Thailand has yet to confirm the announcement, though that may simply be a function of news traveling at the speed of bureaucracy. Likewise, some commenters question the bank's authority to impose such a ban, though government agencies have been known to…umm…stretch their wings, from time to time.

Assuming the ban is legitimate, Kavitha A. Davidson points out at the Huffington Post that "the actual enforcement of the ban seems virtually impossible, as the use Bitcoins is inherently anonymous." Douglas Carswell is more colorful in the pages of London's Daily Telegraph, writing, "this week's King Canute prize for attempting to hold back the tide goes to the government of Thailand."