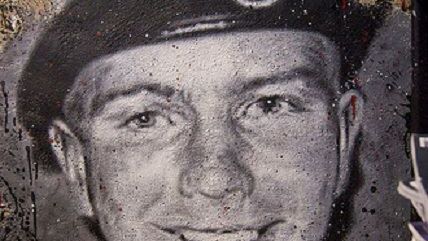 Bradley Manning is on trial in military court on 34 counts ranging from aiding the enemy to failing to obey a lawful order. He faces up to life in prison, and a verdict is expected from the judge tomorrow.

Pfc. Bradley Manning could learn as early as Tuesday afternoon whether he will be convicted of aiding the enemy — punishable by life in prison without parole — for sending more than 700,000 government documents to the anti-secrecy website WikiLeaks, a military judge said Monday.

Col. Denise Lind said shortly before calling a noon lunch recess that she expects to announce her verdict at 1 p.m Tuesday in Manning's court-martial. Lind planned to return to the bench later Monday, the third day of her deliberations. It wasn't clear whether Lind has arrived at her findings or was merely giving guidance to court-martial participants, spectators and reporters.

Watch a lively discussion on the Manning trial from Reason TV below: