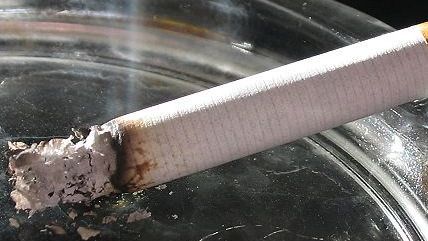 The Food and Drug Administration has declared that menthol cigarettes pose a greater risk to public health risk than other kinds of cigarettes — entirely because of the way they taste.

The agency said that while mint-flavoured cigarettes may be just as toxic as others, it was easier to start smoking them and harder to quit. Menthol cigarettes are one of the few growing areas of the tobacco industry. The FDA has commissioned further research into the subject.It is inviting input from the health community, tobacco industry and members of the public about the products. "Menthol cigarettes pose a public health risk above that seen with non-menthol cigarettes," said the preliminary results of the FDA's study. It also found the cooling and anaesthetic qualities of the menthol made them less harsh — and more appealing — to smokers.

Two former cabinet secretaries from the Carter and George H.W. Bush administrations condemned the lack of action on the part of the FDA in clamping down on menthols: "The failure of this administration to act undermines the public health and is particularly harmful to vulnerable young Americans and African-Americans." The push to regulate and possibly even prohibit menthol cigarettes would certainly have a disproportionate impact on African-Americans. 70 percent of African-American smokers smoke menthols as opposed to 25 percent of white smokers.

Government officials and anti-tobacco campaigners may view the restriction of menthol cigarettes as a potential victory for the health of African-Americans. However, the FDA's militant paternalism doesn't exactly treat them as human beings responsible for their own decisions.

The FDA is preparing a consultation on possible measures to restrict menthol cigarettes.

Guy Bentley is a former intern at Reason.