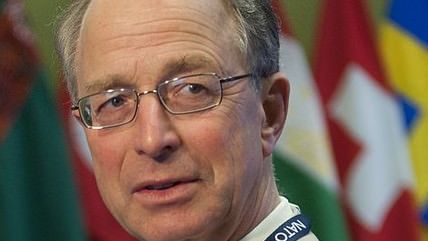 The outgoing head of the British armed forces has said that if the British government wants to end the conflict in Syria and ensure that Al Qaeda-linked militants don't get their hands on chemical weapons then it must be prepared to go to war.

General Sir David Richards also said that if the Assad regime fell apart that the U.K. "would have to act" in order to stop Al Qaeda-linked groups from getting chemical weapons, a sentiment that was backed up by the British defense secretary.

It doesn't look like the Assad regime is close to collapsing any time soon. Although rebels have enjoyed some victories during the conflict it now looks like Assad and his allies have momentum on their side.

Britain must be prepared to go to war if it wants to end the conflict in Syria and keep chemical weapons out of the hands of al Qaeda, the outgoing head of the armed forces has warned.

General Sir David Richards, who steps down today as Chief of the Defence Staff, said that if the West wanted to see an end to President Bashar al Assad's regime it would have to step in as in it did to end the Gaddafi regime in Libya.

He also warned that if the regime suddenly collapsed then Britain "would have to act" to prevent chemical weapons falling into the hands of terror groups.

His comment were backed by the Defence Secretary, Philip Hammond, who said that no option was being taken off the table when it came to Syria.