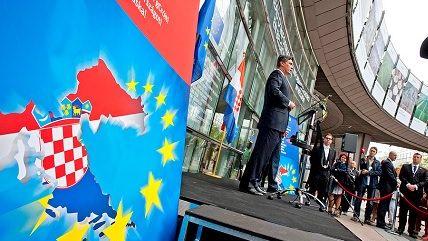 Croatia became the 28th member of the beleaguered European Union today. Here's a video of the Croatian prime minister dismissing fears about Croatia joining the EU:

And here's some celebration video if it's needed for reference at some later point when Croatians aren't so hot to the EU anymore.