If You Won't Pass Laws We Like, You Owe Us Money, Say Connecticut Politicians 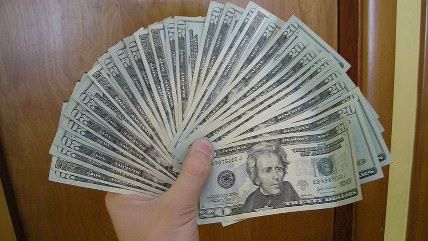 Talk about cashing in on tragedy. Some Connecticut politicians look at the graves of the children murdered by Adam Lanza at the Sandy Hook Elementary School and they see … not tragedy, but rather an opportunity for extorting money from the American people. That money, to be surrendered as compensation for "wrong" legislative votes by lawmakers with whom they disagree, is to pay costs voluntarily assumed by local officials to build a new school — an expense not generally seen as a responsibility of national taxpayers.

It's understandable why Newtown officials chose to tear down Sandy Hook Elementary School and rebuild on the site. I might argue that keeping and reclaiming the school does a better job of eliminating Lanza's legacy than does leveling the site and constructing a new building, but that's a choice for locals to make. And there's no doubt that the old school has some dark associations in the wake of the crime. Newtown officials and residents apparently beleive that they're better served by a new facility.

But that's a decision with a price tag. Local officials want to commit to that project; that's their decision, and if they can persuade others to contribute funds for the purpose, that's a step they've chosen for putting the whole, dark incident in the past. But Connecticut officials including  Senators Chris Murphy and Richard Blumenthal want the federal government to pay the bill. As the Hartford Courant points out, if the feds pick up the tab, "it would mark the first time federal money was used for school construction. Traditionally, federal education funds are used for programming, not buildings; no federal dollars were used to rebuild Columbine High School following the mass shooting there."

Why should taxpayers in Arizona and Oregon pay for a school in Connecticut? According to Murphy and Blumenthal, because legislation they favored was debated and defeated in Congress, they're owed money for the bulding of that school. Says Sen. Chris Murphy:

"This bill enables my colleagues to put their money where their mouths have been," Blumenthal said in a statement. "For those of my colleagues …[who] failed to vote for common sense gun violence prevention measures in March, this bill gives them the opportunity to make a down payment — not a full payment — but a down payment on their obligation to respond adequately to the Sandy Hook horror."

Added Blumenthal: "It's no substitute for the 'no' votes that were cast but it is at least…a step in the right direction and it shows they are keeping faith with the promises they made."

So … Never mind that Connecticut passed exactly the sort of restrictive gun control laws that Senators Murphy and Blumenthal favor; the fact that Congress rejected such legislation amidst extensive discussion of practical, constitutional and philosophical issues is taken to impose a moral obligation to surrender money as some sort of purchase of absolution.

It's not unusual for politicians to simply assume the unquestionable moral rectitude of their positions and the matching bankruptcy of their opponents. After all, if they weren't arrogant and even a bit monstrous they wouldn't be in a profession that exists to threaten people with fines and prison for refusing to bend to their will. But this is the first time I've seen a price put on voting the "wrong" way.