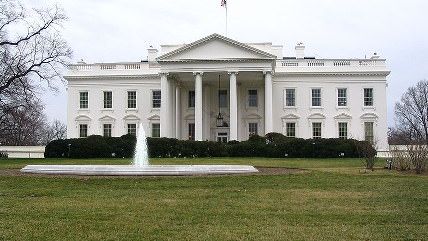 Young Americans are increasingly divided on a host of issues, but they do agree on one thing: They have damned little use for government institutions. Oddly, the one institution likely to get millennials — specifically, those between 18 and 29 years of age — killed, the military, is the only one they trust to do the right thing all or most of the time. The folks in uniform get the trust of 54 percent trust of this group. That's down a point from last year, but it's better than the Supreme Court gets (40 percent now, 45 percent in 2012), the president (39 percent now, down from 41 percent in 2012) or Congress (18 percent, down from 23 percent). The federal government as a whole draws the trust of a whopping 22 percent of respondents.

"That's disappointing," says C. M. Trey Grayson, director of the Institute of Politics, "especially because we know that people's political attitudes are often greatly impacted at the beginning of their adulthood, when they enter the political process."

From the Harvard Crimson:

Young adults aged 18 to 29, also known as the millennial generation, have an increased distrust in every political institution except the military, according to a biannual Institute of Politics report released Tuesday. Written and analyzed by students, the report also showed an increased polarization among party lines since the election and split opinions about gun regulation.

C. M. Trey Grayson '94, director of the Institute of Politics, said he was particularly alarmed by the long-term implications of the poll's results, explaining that the support of the millennials is key to the future stability of modern American institutions like the media, local and federal governments, and Wall Street.

"You hope the process can work, the system can work, politics can work," Grayson said. "We've got to give millennials a reason to trust these institutions."

Incidentally, the rest of the results are also interesting. Millennials are becoming increasingly polarized on a number of issues, from government spending to immigration to guns. According to the authors of the survey, the "gap in opinion between the way Democrats and Republicans see politics and in many cases the world, has grown sharper and more distinctive since 2010." For example:

On the issue of whether or not "government spending is an effective way to increase growth," in 2010 the difference between the number of Democrats and Republicans who agree with this statement was 17 points, today the number is 24 points with most of the difference accounted for by less Republican support (as compared to more support form Democrats). While disagreement among Democrats is consistent at 20 percent between 2010 and today, Republican disagreement with this concept increased six percentage points from 49 to 55 percent.

Ideological self-sorting also seems to be growing. According to the Crimson, "The division of the government was even reflected in the social lives of the Millennials. Only 12 percent said that their most recent significant other did not share their political beliefs, while 72 percent reported that all or most of their friends do."

As for just who these respondents are:

So … plenty of variety in views, united by a wholesome distrust toward the state, even if that disappoints Director Grayson.

The Survey of Young Americans' Attitudes Toward Politics and Public Service: 23rd Edition executive summary can be found here (PDF).