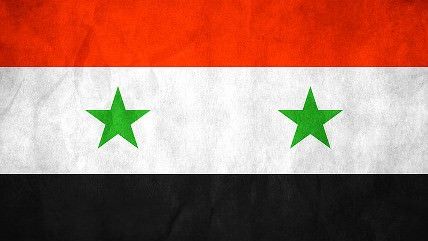 The Syrian government has urged the United Nations to classify Jabhat Al Nusra, a jihadist group fighting against Assad's regime, as a group with links to Al Qaeda. The head of Jabhat Al Nusra recently pledged allegiance to Al Qaeda's leader while distancing himself from reports that the group had merged with Al Qaeda's branch in Iraq.

The U.S. labeled Jabhat Al Nusra as a terrorist organisation in December, a move that was not welcomed by some Syrian rebels.

Were the U.N. to recognize Jabhat Al Nusra as a group with links to Al Qaeda then it could be subject to the sanctions outlined by the U.N.'s Al Qaeda Sanctions Committee.

The Syrian statement refers to the UN resolution that established the al-Qaeda Sanctions Committee.

Under the UN's sanctions regime, those with links to al-Qaeda have their financial assets frozen and face travel bans.

The sanctions also imposed an arms embargo on al-Qaeda.

Yesterday, the Russian foreign minister said that Al Qaeda could use Syria as a base for future operations in the region. Russia, one of Assad's few allies during the conflict, has been arguing for a political solution while the U.K. and France have both supported ending the European Union's arms embargo on Syria in order to arm some of Assad's opponents.

That Assad's opposition includes jihadist groups weakens the case for intervention as weapons given to rebels in the Free Syrian Army could end up in the hands of the extremist elements of the opposition. Such concerns have not stopped Sen. John McCain (R-Ariz.) from calling for increased American involvement in Syria.

While no one doubts that Assad's regime has been committing crimes against innocent Syrians there are doubts about what a post-Assad Syria is going to look like. The diversity of Assad's opposition means that whatever transfer of power that occurs once Assad is gone will not be without complications.