College of the Future

Ronald Bailey | From the April 2013 issue 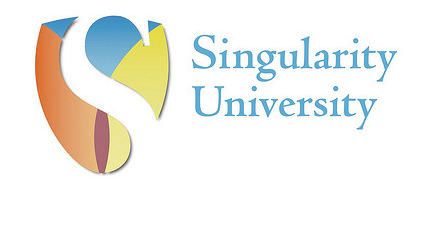 â€œMy kid is going to have an extraordinarily interesting life,â€ declares Singularity University CEO Rob Nail. â€œMy kid will never drive a car and never go to college like I did.â€ Instead, all vehicles will be autonomous, and the school will be unrecognizable.

Singularity University (S.U.), physically located at the National Aeronautics and Space Administrationâ€™s Ames Research Center in California, was founded by futurist inventor Ray Kurzweil and Peter Diamandis, chairman and CEO of the innovation-promoting X Prize Foundation, in 2008. Its modestly stated goal is to assemble, educate, and inspire a new generation of leaders who will strive to understand and use exponentially advancing technologies to address humanityâ€™s grand challenges.

S.U. takes its name from the concept of the Singularity, first popularized in 1983 by science fiction novelist Vernor Vinge. According to Vinge, the Singularity will occur when technological progress powered by self-improving artificial intelligence (A.I.) becomes so rapid that it speeds beyond our ability to foresee or control its outcomes. Since 2000, when the Singularity Institute for Artificial Intelligence was co-founded by A.I. theorist Eliezer Yudkowsky, there have been seven Singularity Summits. In December S.U. became the official sponsor of the conference.

Is interest in Singularity University just a passing technorati fad? Itâ€™s too early to tell, but initial signs indicate that the college is more than just a summer camp for self-congratulatory nerd millionaires. In fact, Singularity University may well be the prototype institution for revolutionizing education and entrepreneurship.

Consider the universityâ€™s immersive 10-week summer course, which aims to address the biggest challenges facing humanity during the next 20 to 50 years. The summer core curriculum engages 80 students drawn from business, research, and government in interdisciplinary hands-on workshops and site visits to leading-edge tech companies. The class of 2012 was drawn from 36 countries and had an average age of 31. Seminars are taught by some of the worldâ€™s leading researchers, entrepreneurs, and thinkers in the fields of robotics, artificial intelligence, neuroscience, biotechnology, nanotechnology, and digital fabrication. Then the competition begins: Students are divided into â€œ109 Teams,â€ each of which aims to develop a project featuring a technology that will affect at least 1 billion people in the next 10 years.

Singularity Universityâ€™s 109 Team projects are not just academic exercises; real technologies and real companies emerge from them. The peer-to-peer car sharing and local car rental company Getaround, for instance, grew from the insight that there are 1 billion cars in the world today, and most sit idle 22 hours of the day. So why not let owners rent their cars when they are not in use? Renters use an iPhone app that locates a nearby vehicle, pays the hourly or daily rental fee, and even unlocks and starts the car.

Nail notes that Getaroundâ€™s technological challenges were fairly simple compared to trying to change the regulations that prevented the company from obtaining insurance. (Getaround insures for damage and liability with a $1 million policy from Berkshire Hathaway.) One of the biggest challenges S.U. grads confront is how to get ossified government agencies out of the way of technological and commercial progress.

Nail thinks Getaround is only the beginning. Within a decade, he believes, most new cars will operate autonomously, no drivers needed. Car sharing combined with autonomous vehicles will revolutionize the way people get from place to place. This means, among other things, that California Gov. Jerry Brownâ€™s push to build high-speed rail from Los Angeles to San Francisco for more than $100 billion will be a complete waste of money, because car-shared autonomous vehicles will be able to travel safely down, say, Highway 101 at 150 miles per hour. Google has calculated that existing roadways could handle 15 times more vehicles if they were all autonomous. Traffic jams would be a thing of the past. And the fact that cars will no longer be sitting idle means that far fewer will be needed in the first place.

Nail says that so far S.U. teams have created 18 actual companies, and he expects that â€œhundreds of companies and endeavors will arise from Singularity University student projects in the next two years.â€ A company called Matternet aims to leapfrog the problem of developing countriesâ€™ bad transportation infrastructure with a network of autonomous drones that deliver essential products such as medicine to remote villages. Modern Meadow adapts the latest techniques of tissue engineering to develop cultured leather and meat products without slaughtering animals, thus using much less land, water, energy, and chemicals.

So why wonâ€™t Nailâ€™s kid go to college? â€œMy worst class in college was statistics, because I had a terrible teacher,â€ he says. â€œIn the next generation it will be unacceptable to have a terrible statistics professor because students will be able to find the best teacher online.â€ For most students core introductory courses will be available online at any time. Nail cites the Young Ladyâ€™s Illustrated Primer, the interactive book from the 1995 science fiction novel The Diamond Age by Neal Stephenson, as the â€œHoly Grail of educational tools.â€ One day soon, says Nail, lectures, lessons, texts, videos, demonstrations, and testing will all happen online by means of portable computers powered by robust artificial intelligence.

The production of new knowledge is accelerating exponentially, Nail notes, which means that graduate students dawdling along for years on a Ph.D. will become â€œfatally irrelevant.â€ Universities will still play a big role as research institutions, he argues, but they will increasingly have to model themselves along the same dynamic interdisciplinary lines as Singularity University. Nail does believe that some high-end universities will still exist, chiefly for their social components and legacy credibility.

As an example of how far along this path we already are, Nail cites One Laptop per Child founder Nicholas Negroponteâ€™s latest experiment in Ethiopia. Negroponteâ€™s team simply dropped off boxes of preloaded, solar-powered tablet computers in two remote Ethiopian villages and waited to see what happened. No instruction of any sort was provided. The illiterate kids have since learned how to sing ABC songs and even hacked Android to customize their desktops. The hope is that in 18 months the kids can learn to read on their own with no schooling at all.

In 20 years, Nail thinks, any company or government that wants to remain relevant will seek out Singularity University faculty and alumni to help it understand how to leverage technology to meet the challenges posed by energy production, education, food production, health care, biosecurity, and environmental change. Given the advances in medicine, nanotechnology, and biotechnology, he says, â€œWe believe that we are going to be living much longer. So we donâ€™t want to live in a horrible future. We want to live in an amazing one.â€