Katherine Mangu-Ward | From the March 2013 issue 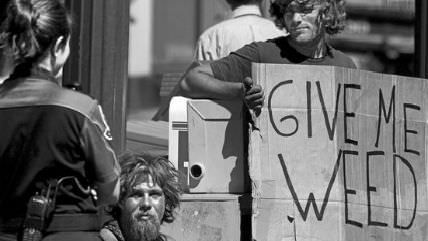 Americans collectively carry nearly $1 trillion in federal student loan debt, and their prospects of repaying those loans are bleaker than ever.

The Federal Reserve Bank of New York reported that as of September 30, federal student loan debt clocked in at $856 billion. The delinquency rate spiked in the third quarter of 2012; 11 percent of former students are now more than 90 days late on their loan payments. In 2011 the average student borrower carried $23,300 in debt, which he is bound to repay even if he goes through bankruptcy.

In case all that doesn't sound bad enough, a footnote in the New York Fed's report, noted by the financial analysis website Zero Hedge, offered an even worse prognosis: "These delinquency rates for student loans are likely to understate actual delinquency rates because almost half of these loans are currently in deferment, in grace periods or in forbearance and therefore temporarily not in the repayment cycle. This implies that among loans in the repayment cycle delinquency rates are roughly twice as high." Despite these dismal repayment rates and scary debt numbers, the federal government continues to pump cash into student loans.