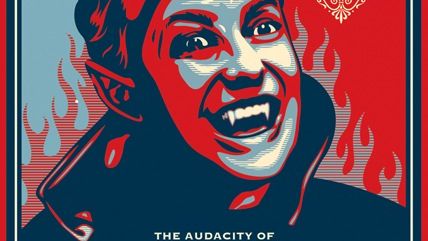 When Jello Biafra fronted the Dead Kennedys in the 1970s and '80s, the punk band tweaked the left along with the cops and the Moral Majority, taking on liberal complacency and conformity in witty songs such as "California Uber Alles," a record that imagined Jerry Brown as the führer of a "Zen fascist" dictatorship. The cover of Biafra's latest CD, The Audacity of Hype, renders the singer with devil horns and vampire teeth in a style that echoes Shepard Fairey's famous image of Barack Obama. You might expect it to be a sonic assault on the president.

But there always were two Jello Biafras, one a brash anti-authoritarian and the other a more standard left-liberal. Biafra didn't vote for Obama, but he's more interested in earnestly urging the president to "get serious about a nationwide high-speed rail system" than in mocking the man in song. In March he even called "California Uber Alles" a "misfire," telling The Daily Beast it was inappropriate for Tea Partiers to compare Obama to a Nazi.

Even worse, the cover isn't a Fairey parody. It's a Fairey self-parody: In a sadly appropriate twist, Fairey did the album art himself. Like Biafra, the presidential portrait artist began his career as a punk anarchist. He's a perfect match for a provocateur who's lost his edge.