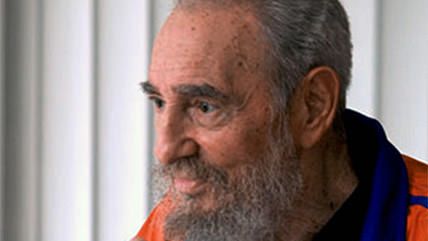 â€œI tried to understand the essence of this new world,â€ the now-retired Cuban dictator Fidel Castro said last September. â€œHow did we get here?â€ He was discussing what he gleaned from former Federal Reserve Chair Alan Greenspanâ€™s memoir The Age of Turbulence: Adventures in a New World.

Fittingly, some interpreted El Jefeâ€™s talk of Greenspan as merely a means to ensure people knew the ailing Castro was still alive and aware, not merely appearing in a pre-recorded scam. (Greenspanâ€™s book had been published that month.) No one had any reason to expect honesty from the worldâ€™s longest-lasting totalitarian leader.

But Castro was being unexpectedly truthful. By hewing for decades to the communist faith in a centrally managed economy and society, he failed to understand the forces of economic liberalization that Ayn Randâ€™s acolyte Greenspan endorsed in his book and supported at least rhetorically throughout his career as both economic advisor to presidents and Fed chief. Castroâ€™s failure to comprehend meant decades of material misery for the Cuban people.

Now Americaâ€™s longest-lasting enemy is officially out of power. The Bush administrationâ€™s reluctance to change its ill-conceived embargo against Cuba, even post-Fidel, shows that Castro isnâ€™t alone in misunderstanding â€œthe essence of this new worldâ€ or the role of relatively unrestricted international trade in spreading wealth and liberty.