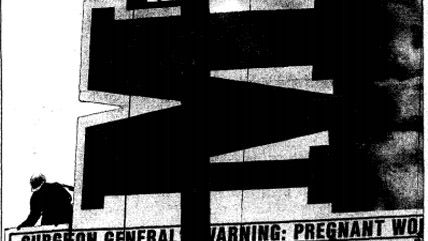 As part of a deal resolving lawsuits by 46 states, tobacco giants like the Marlboro Man have vanished from our streets and highways.

Will smoking decrease as a result? No study has ever demonstrated that advertising makes people more likely to smoke. But tobacco's opponents have long insisted that smoking would not be nearly as popular were it not for all those images of macho men and sexy women with cigarettes.

Lately, however, these critics don't sound so certain. Minnesota Attorney General Hubert H. Humphrey III made sure that ad restrictions were part of his state's settlement with the tobacco companies. Yet after last fall's announcement of the 46-state deal–which also bans cartoon characters, promotional items, and product placement in movies–he was suddenly skeptical. "Judging from the experience of those countries where all advertising is banned but teen-agers still light up in droves," Humphrey wrote in The New York Times, "limits on advertising may not make much difference." Now he tells us.