Should the Government Provide Health Insurance to All Americans? A Soho Forum Debate

Gerald Friedman of the University of Massachusetts says yes, while the Pacific Research Institute's Sally Pipes says no. 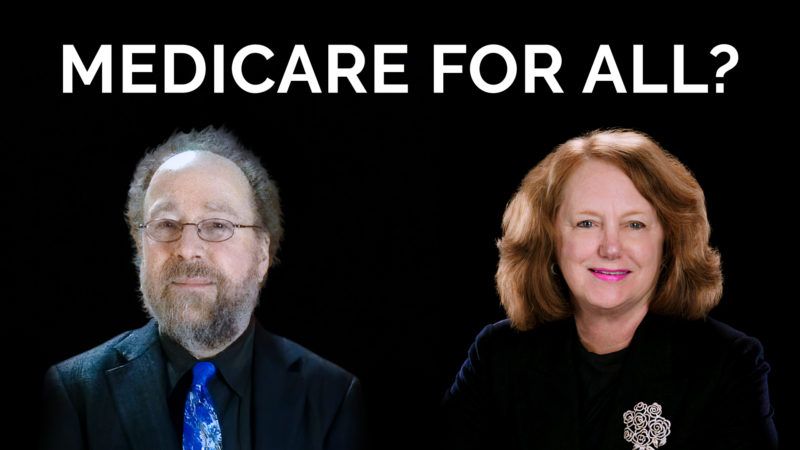 The COVID-19 pandemic makes it all the more urgent for the U.S. to install a system of Medicare for All.

That was the topic of an online Soho Forum debate held on August 19, 2020. Arguing in favor of the proposition was Gerald Friedman, a professor of economics at the University of Massachusetts and the author of the book, The Case for Medicare for All. He went up against Sally Pipes, president of the Pacific Research Institute and author of False Premise, False Promise: The Disastrous Reality of Medicare for All. Soho Forum Director Gene Epstein moderated.

The Soho Forum runs Oxford-style debates, meaning the audience voted on the proposition before and after the presenters' remarks. The winner is the person who moves more votes in his or her direction. At the start of the evening, 20 percent of the Zoom audience agreed that the pandemic furthered the case for Medicare for All, 60 percent were against, and 20 percent were undecided. At the end of the debate, 27 percent agreed with the proposition, 73 percent disagreed, and no one was left undecided. Because she gained the most votes, Sally Pipes was declared the winner.

The Soho Forum, sponsored by the Reason Foundation, is a monthly debate series at the SubCulture Theater in Manhattan's East Village. Debates will remain online until New York allows public events again. For information on how to watch and vote in the next online Soho Forum debate, go here.