China's Mass Internment of Uighurs Is a 'Modern Cultural Genocide'

Activist Nury Turkel discusses the vast network of camps that may hold over a million Uighurs in western China. 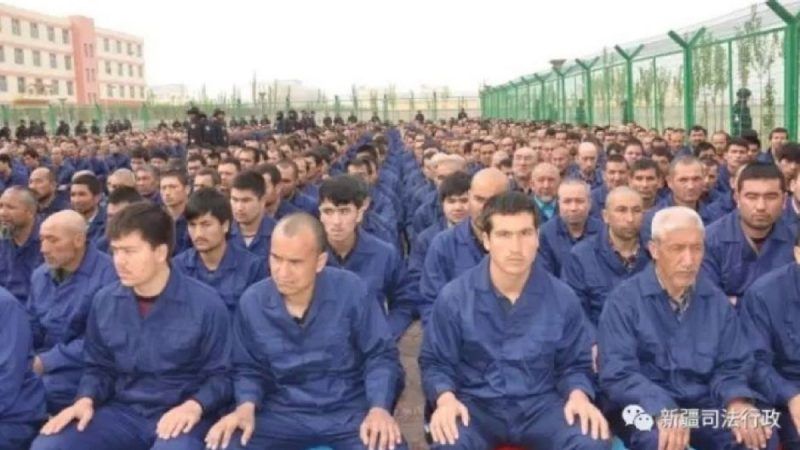 In western China, there's a growing network of what journalists, former inmates, and the U.S. government are calling "concentration camps"—or what the Chinese government refers to as "vocational training centers." They're believed to hold between 1 and 3 million people, and perhaps as much as one-quarter of the Muslim population of Xinjiang province.

Outside the camps, Xinjiang is described by its Uighur residents as a police state, in which the Chinese government subjects the population to round-the-clock surveillance. Expressions of traditional culture have been criminalized, with the intention of imposing Chinese cultural unity on a multicultural region.

Xinjiang, a region the size of Alaska, is home to 23 million people, 45 percent of whom are Uighurs, a people who identify closely with the culture of central Asia. The remainder are mostly Han Chinese, the majority ethnic group of mainland China.

Officials now say that the camps are necessary to counter Islamic terrorism and quell a violent separatist movement—such as the Uighur riots in 2009 that left 200 mostly Han Chinese dead, and a terror attack by the East Turkistan Islamic Movement in the heart of Tiananmen Square, which killed five people. Party officials describe the training centers as paths out of poverty, designed to teach basic skills like sewing and reading.

Reason's Todd Krainin sat down with Nury Turkel, an attorney, activist, and American of Uighur heritage, to discuss what he considers the greatest humanitarian crisis in the world today.