Has Anti-Racism Become as Harmful as Racism? John McWhorter vs. Nikhil Singh

Watch the Oxford-style debate hosted by the Soho Forum. 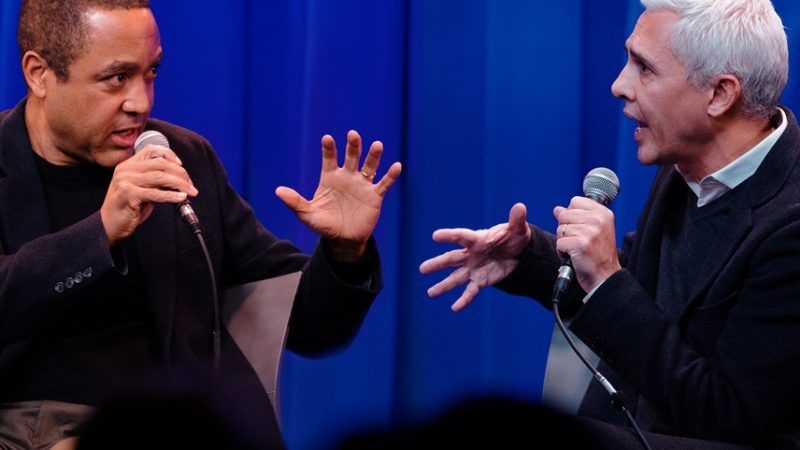 Has the message of anti-racism become as harmful a force in American life as racism itself?

That was the resolution at a public debate hosted by the Soho Forum on November 14, 2018. It featured John McWhorter, associate professor of English at Columbia University, and Nikhil Singh, professor of social and cultural analysis and history at New York University. Soho Forum Director Gene Epstein moderated.

It was an Oxford-style debate in which the audience votes on the resolution at the beginning and end of the event, and the side that gains the most ground is victorious. In a close finish, Singh, arguing the negative, prevailed by convincing nearly 13 percent of audience members to come over to his side.

Singh is the author of Race and America's Long War (University of California Press, 2017), and Black Is a Country: Race and the Unfinished Struggle for Democracy (Harvard University Press, 2004).

McWhorter, who is a regular columnist for Time and CNN, is the author most recently of Talking Back, Talking Black: Truths About America's Lingua Franca (2017)

Comedian Dave Smith, host of the podcast Part of the Problem, opened the program.

The Soho Forum, which is partnered with the Reason Foundation, is a monthly debate series at the SubCulture Theater in Manhattan's East Village. On Monday, December 3, economists Kenneth Rogoff and Lawrence H. White will debate whether governments should phase out cash. Get your tickets here.