Nick Gillespie, Katherine Mangu-Ward, and Matt Welch discuss how Democrats will (or won't) cope, why Republicans are turning against free trade, and whether millennials will go libertarian in 2017. 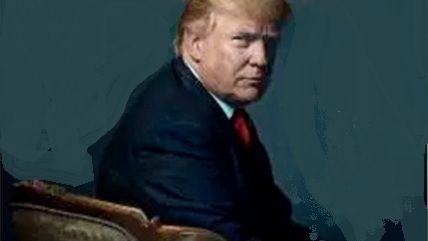 So President-elect Donald Trump has been named as Time's 90th "Person of the Year," besting a short list that included Hillary Clinton, Beyonce, and "the Hackers."

"He has upended the leadership of both major political parties and effectively shifted the political direction of the international order," reads the article announcing his choice. "He will soon command history's most lethal military, along with economic levers that can change the lives of billions."

No one can argue with Time's pick, but there's plenty to say about it. And in this new Reason podcast, Reason magazine Editor in Chief Katherine Mangu-Ward, Reason Editor at Large Matt Welch, and I talk about The Donald's cabinet picks so far, his intervention to keep a Carrier plant in Indiana, and his promise to start penalizing American companies that do business in a way that he doesn't like. We also talk about how Republicans have openly become the anti-free-market party—Vice President-elect Mike Pence recently opined that "the free market has been sorting it out and America's been losing"—and whether Democrats will rediscover their free-trading past, when Bill Clinton and Al Gore pushed NAFTA across the finish line.

Subscribe to the Reason podcast at iTunes (and rate and review us!) or click below to listen now, via SoundCloud.