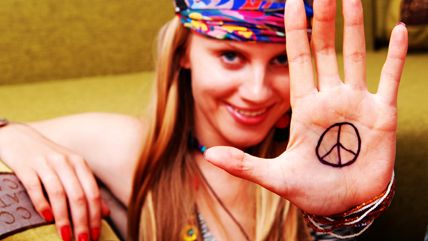 U.S. presidents possess almost unilateral power to drop bombs on other countries, says historian Thaddeus Russell, and that's why it's very good news that Trump is most libertarian when it comes to foreign policy.

Russell, who's the author of A Renegade History of the United States and is currently writing a book on foreign policy, says Trump's enmity with the neocons at National Review and The Weekly Standard is "fantastic news for us and the world." He points out that Trump advisor (and likely future cabinet member) Newt Gingrich gave a 2013 interview with The Washington Times expressing second thoughts about his neocon past.

Though Trump has pledged to go after ISIS, his general philosophy seems far preferable to Hillary's systematic and carefully thought-out Wilsonian foreign policy. "I don't see a war with Russia and I don't see greater interventionism generally outside of [a] little pocket of the Middle East," says Russell.

Nick Gillespie caught up with Russell for an interview. Listen to the conversation below—or better yet subscribe to our podcast at iTunes.