Peter Bagge and Charles Oliver | From the January 2022 issue

The Court of Appeal for Nova Scotia ruled in August that Lorne Grabher's last name could be interpreted as a call for violence against women and so he has no free speech right to a vanity license plate with his last name.

The city of San Francisco has spent three years and half a million dollars so far designing and deploying the perfect garbage can. The board of supervisors has voted to spend $427,500 to build five prototypes each of three models designed by a firm hired in 2018. In the meantime, the estimated cost to mass produce whichever model city officials ultimately choose has risen from $1,000 apiece to at least $2,000 and possibly as much as $5,000.

A British court sentenced Simon Silwood to eight weeks in jail in September for racially abusing a West Bromwich Albion soccer player over the internet. Silwood was upset after the team lost a match. He posted on a Facebook group that midfielder Romaine Sawyers, who is black, should receive the "Baboon d'Or" award, a reference to the Ballon d'Or trophy awarded annually to the best soccer player. Silwood claimed he meant to post buffoon but misspelled it bafoon, which autocorrect then changed to baboon. 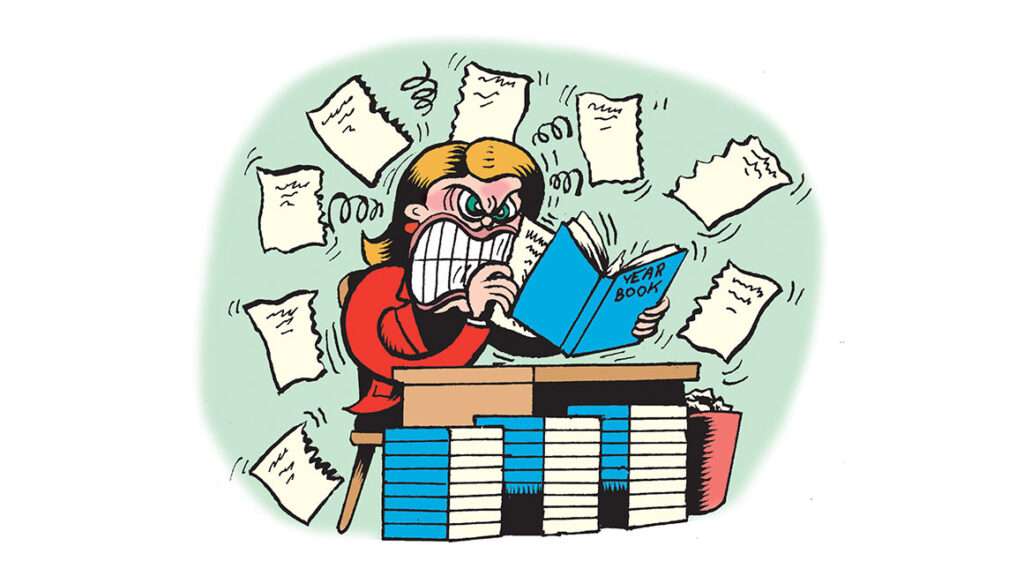 Officials at Bigelow High School in Arkansas ripped out two pages from the 2020–21 yearbook before delivering copies to the students who paid for them. The pages had a timeline of major events from the school year, including the first U.S. death from COVID-19, riots following the police killing of George Floyd, the death of Alex Trebek, Apple's market valuation topping $2 trillion, and NASA flying a drone on Mars. East End School District Superintendent Heidi Wilson justified the move by citing "community backlash." But in response to an open records request by the Arkansas Times, the school system said there were no emails or other records related to complaints about the pages.

Residents of Durham, Ontario, will have to keep records of anyone who comes into their home for a social gathering, no matter how small, to stem the spread of COVID-19. Homeowners must turn that information over to the health department within 24 hours if requested. Those who do not comply face a fine of up to 5,000 Canadian dollars ($4,031). 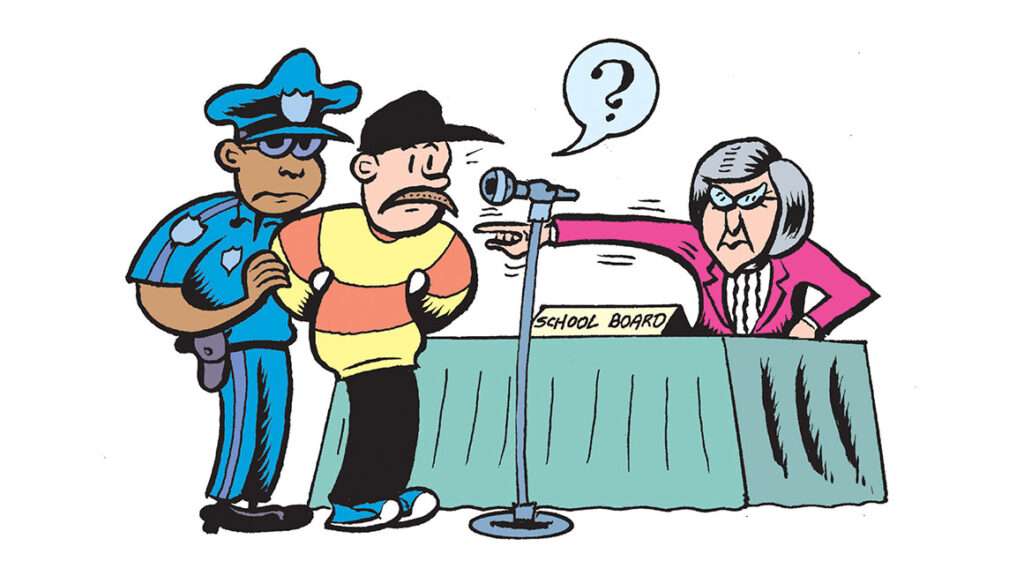 In Florida, Sarasota County School Board Vice Chairwoman Jane Goodwin cut off the microphone and had police escort out speakers who criticized individual school board members during a recent meeting. Goodwin said there would be "no public assaults and no public attacks" on elected officials. She defined an "assault on a board member" as "anything critical" of that board member.

People living in an apartment complex in New South Wales, Australia, which has been locked down because of COVID-19, said officials are searching through their deliveries and seizing alcoholic beverages. New South Wales' health department admits it is trying to limit the amount of alcohol that residents of the building can drink to "ensure the safety of health staff and residents." Residents are limited to six beers or mixed drinks, one bottle of wine, or one bottle of distilled spirits a day. 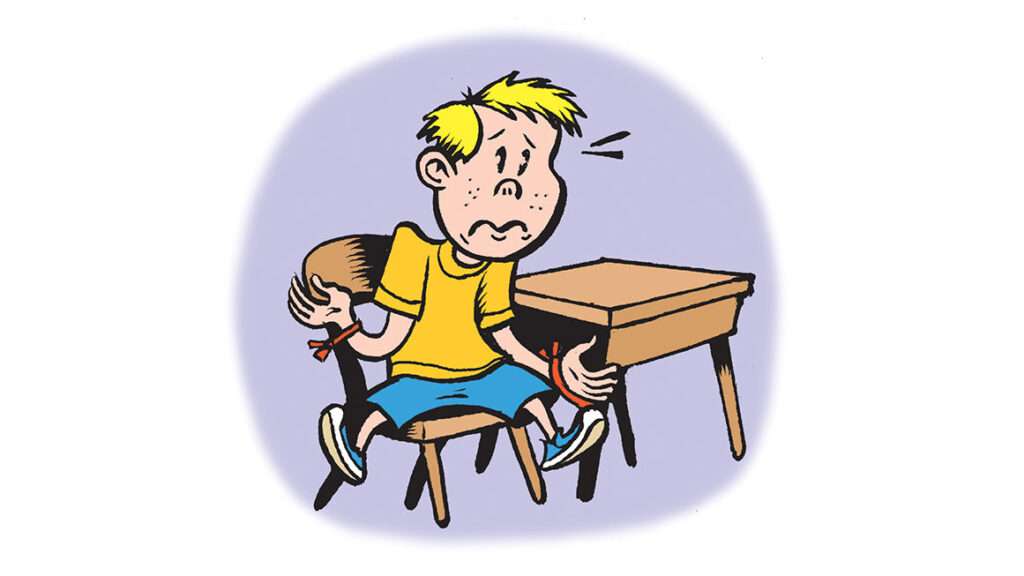 A Savannah-Chatham County, Georgia, special education teacher has been charged with felony cruelty to children for using zip ties to bind a student in her classroom. Elizabeth Louise Board, a teacher at Godley Station School in Savannah, reportedly tied a boy to his chair and to a table.