Should Biden's Choice for Secretary of State Discourage Libertarians?

Christian Britschgi | From the March 2021 issue 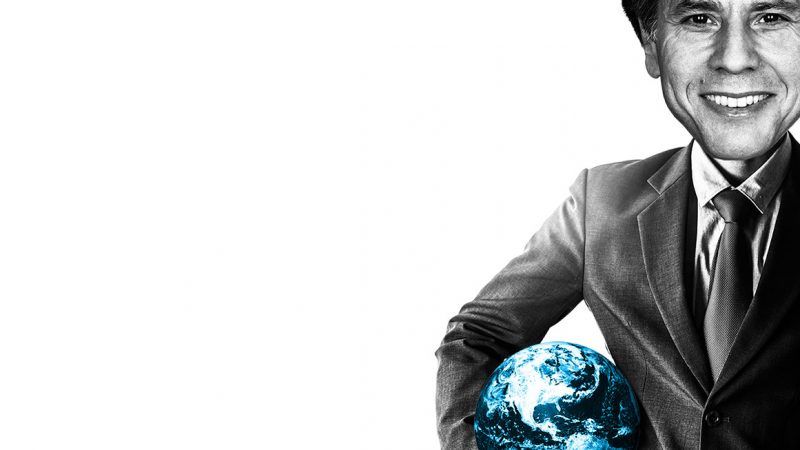 If his selection of Antony Blinken as secretary of state is any indication, President Joe Biden's promised return to normality will extend to his administration's foreign policy.

A veteran of the U.S. State Department and Democratic Party foreign policy establishment, Blinken, 58, will bring competence and professionalism to the job of America's top diplomat. But he offers little hope for "a new and fresh foreign policy that doesn't involve global military primacy, continued intervention overseas, and [a] massive military footprint," says Kelley Vlahos, a senior adviser at the Quincy Institute, a noninterventionist foreign policy think tank.

As then–Vice President Biden's national security adviser, Blinken supported the Obama administration's disastrous Libya campaign, despite Biden's opposition to that intervention. In 2015, Blinken, then assistant secretary of state, favored the Obama administration's policy of shipping arms to and sharing intelligence with Saudi Arabia to support its war in Yemen, which has proven to be a humanitarian catastrophe. Blinken also served as Biden's chief policy adviser in 2002, when Biden, then a senator representing Delaware, voted in favor of using military force in Iraq.

"In short, Blinken has agreed with some of the biggest foreign policy mistakes that Biden and Obama made, and he has tended to be more of an interventionist than both of them," Daniel Larison, a senior editor at The American Conservative, noted in a November article for the Quincy Institute publication Responsible Statecraft.

Blinken has expressed some regret over his support for Saudi Arabia's war in Yemen, and he has criticized the wars in Afghanistan and Iraq. Yet he also has faulted the Obama administration for doing "too little" in Syria. "Without bringing appropriate power to bear, no peace could be negotiated, much less imposed" there, Blinken and Robert Kagan wrote in a 2019 essay published by the Brookings Institution. "Today we see the consequences, in hundreds of thousands of civilians dead, in millions of refugees who have destabilized Europe and in the growing influence of Russia, Iran, and Hezbollah."

Vlahos suspects Blinken has not absorbed the lessons of America's foreign policy adventures during the last couple of decades. For "a lot of people who have offered some regrets [about] specific foreign policy mistakes, whether it be Libya or Vietnam or Iraq," she says, it is "because they cannot deny the consequences. The consequences are so awful, and public opinion has already decided."

A few progressive intervention skeptics have offered a rosier assessment of Blinken. Matt Duss, who advises Sen. Bernie Sanders (I–Vt.) on foreign policy, described Blinken as "a good choice," saying on Twitter he has "the knowledge and experience for the important work of rebuilding U.S. diplomacy." Mainstream press coverage of Blinken's nomination likewise emphasized his diplomatic experience, contrasting it with Trump's own "ricocheting strategies and nationalist swaggering," as The New York Times put it.

Eric Gomez, director of defense policy studies at the Cato Institute, thinks supporters of a less militarized foreign policy can find a silver lining in Biden's pick for secretary of state. "A lot of what Trump did while in office," Gomez says, "hurt all the parts of the tool kit that weren't the military or weren't sanctions. He was heavily dependent on U.S. threats of force. Having a more effective and resourced and utilized diplomatic corps, and using those peaceful, nonmilitary parts of U.S. foreign policy, is not sufficient, but it is necessary. We have to have those."

At the same time, Gomez cautions, a more efficiently run State Department means Biden could enact a foreign policy vision that has little to do with restraint or rolling back America's role as global policeman. If there's cause for optimism about Biden's foreign policy, he argues, it's that more pressing domestic concerns will prevent the incoming president from doing anything very dramatic.

"Any coming Biden administration foreign policy will be restrained by circumstance, but not design," wrote Gomez and Cato senior fellow Brandon Valeriano in a November American Conservative essay. "The domestic, political, and economic environment in the United States will significantly constrain the Biden administration's ability to adopt ambitious foreign policy goals."