The protagonist's speedy evolution into an anti–Cold Warrior is the better subplot. 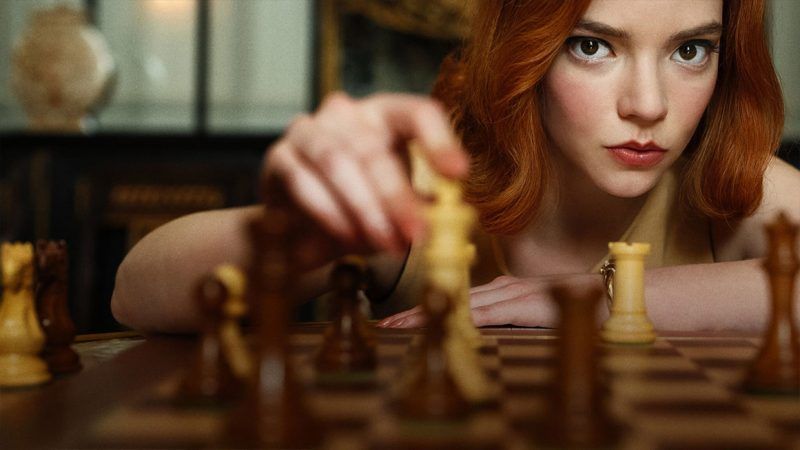 The Netflix adaptation of Walter Tevis' 1983 novel The Queen's Gambit has punched above its weight since it started streaming in October. The sets and costume are gorgeous and the acting is good, but the stakes are nonexistent: We know from the first episode that child chess prodigy Beth Harmon (played by 24-year-old Anya Taylor-Joy) is going to win a lot of matches, even with a tranquilizer habit clinging to her back.

But there is more to this story than a phenom making the most of her gifts. Set in the 1950s and '60s, The Queen's Gambit has more to say about geopolitics and culture than it does about opening moves. Episode by episode, we learn that America's best players were largely anonymous, duking it out in drabby hotels and high school cafeterias, while in other countries—particularly Mexico, France, and the Soviet Union—chess was a celebrated and even glamorous sport.

It's fascinating to watch Taylor-Joy as the only woman climbing the American ranks, but her speedy evolution into an anti–Cold Warrior is the better subplot. Upon qualifying to play in Moscow against the USSR's top talent, Harmon is recruited first by a Christian nonprofit hellbent on fighting the evils of atheism and then by a State Department apparatchik who cares only that Harmon can beat the Soviets "at their own game."

She rebuffs both parties by refusing the former's funding and the latter's instructions to bash the Soviet Union. For Harmon, chess no more "belongs" to any nation or gender than does the moon. When she wins, it's for her, not the jingoists.