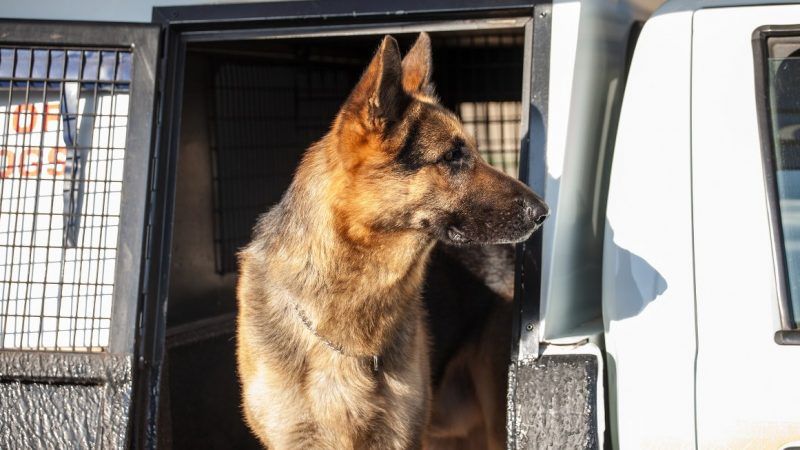 The Maricopa, Arizona, police department gave officer Craig Curry 20 hours of unpaid leave after Curry's K9 partner Ike died after being left in a hot patrol car. Curry left the dog in the vehicle parked outside police headquarters with the engine running. He came back an hour and 40 minutes later to find the engine had quit and the dog suffering heat stroke. Temperatures reached 108 degrees that day. The car had an alarm that would tell him if it was getting too hot for the dog, but Curry had left the pager in the vehicle when he went inside. Department policy calls on officers to check on their K9s every 30 minutes. An internal investigation found Curry "had the ability to park in a shaded spot, had the ability to bring his K9 inside the building, or had the ability to repeatedly check on K9 Ike throughout his meeting."