U.K. Approves Clinical Trial That Will Deliberately Expose Volunteers to the COVID-19 Virus

It's a good idea, but it should have been done much earlier. 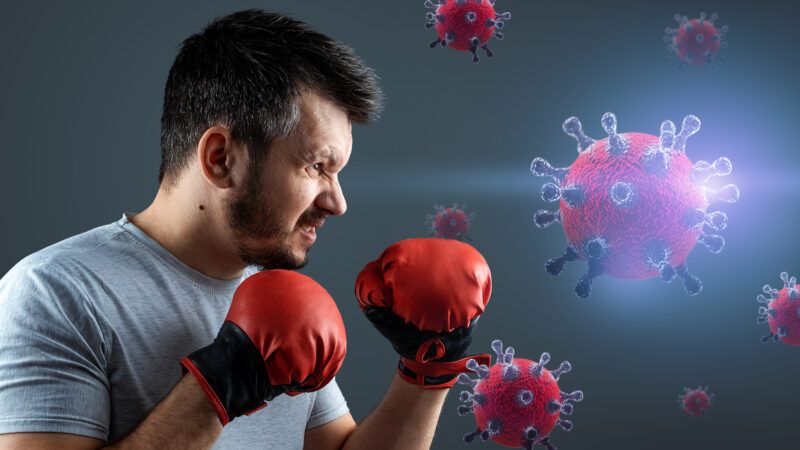 Regulators in the United Kingdom have just authorized the first COVID-19 human challenge trial, in which volunteers will be deliberately exposed to the coronavirus. The researchers hope to determine how much of the virus is necessary to cause an infection, how the immune system reacts to the virus, and how infected people transmit the virus to others.

Ninety healthy volunteers, aged 18 to 30, will be involved in the trial, which will begin in March. (The chances of someone in that age group dying of COVID-19 are estimated at around 1 in 14,000.) The volunteers will be closely watched in a controlled environment and will have access to immediate treatments for the disease. They will also be compensated with payments of around £4,500 ($6,300) over the course of a year.

The U.K. government adds that the experiment could lead to subsequent trials in which "vaccine candidates, which have proven to be safe in clinical trials, could be given to small numbers of volunteers who are then exposed to the Covid-19 virus, helping to identify the most effective vaccines and accelerate their development."

If human challenge trials had been allowed earlier, they could have significantly sped up the development and deployment of COVID-19 vaccines, saving tens of thousands of lives and sparing millions the misery of illness.

Moderna started its phase 1 COVID-19 vaccine trial on March 15, 2020. The vaccine was injected into 45 participants to evaluate its safety, its proper dosing, and its initial efficacy based on antibody response in patients. In a press release on May 18, 2020, Moderna reported that the resulting data showed that the vaccine "elicits an immune response of the magnitude caused by natural infection." Based on subsequent data, the Food and Drug Administration (FDA) allowed the company to launch a conventional phase 3 efficacy trial on July 27, 2020. That trial enrolled 30,000 participants over several months, dosing half of them with the vaccine and the other half with a placebo. The company then set them loose and watched to see if there was a difference in how many of each group eventually got COVID-19.

The company reported on November 16, 2020, that 90 people in the placebo group became infected while 5 people in the vaccine group did—an efficacy rate of 94.5 percent. Based on these stellar results, the FDA issued an Emergency Use Authorization for the vaccine on December 18, 2020.

Compared to the usual testing and regulatory approval process, this was warp speed. But imagine instead of a phase 3 trial that Moderna had been authorized to test its vaccine in a human challenge trial.

A few hundred volunteers would have been divided into vaccinated and placebo groups, just as in a conventional phase 3 trials. But instead of waiting around for participants to become infected as they go about their lives, all of the volunteers would have been deliberately exposed to the virus while being medically monitored in a controlled environment. Such a trial could have revealed that the Moderna vaccine was highly effective within a month and half, or perhaps even less. The FDA could have authorized emergency use of the vaccine before the end of September. At that time, diagnosed cases in the U.S. numbered around 7.5 million (now 28.4 million) and deaths were at 212,000 (now 502,000).

The COVID-19 vaccines might have been rolled out two months earlier, before the deadly winter surge took off in the northern hemisphere. More human challenge trials for other proposed vaccines should be set up now, to stem the pandemic faster.