Several House Republicans joined their colleagues across the aisle in the ultimate condemnation of Trump's role on Jan. 6. 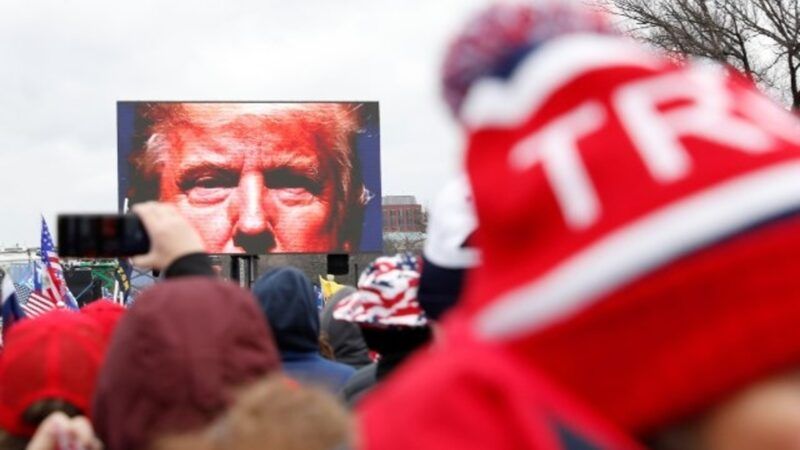 The House of Representatives on Wednesday voted 232–197 to charge President Donald Trump with impeachment for his role in inciting the Capitol riot on January 6.

It is the fourth time a sitting president has been impeached and the second time that Trump has faced such charges, after he was impeached in 2019 and ultimately acquitted in 2020.

Trump's first impeachment was plagued by complaints that it had little support from those outside the Democratic Party. Today's impeachment measure, however, received the most bipartisan support in history. It is the only time a president has been impeached twice.

"The President of the United States summoned this mob, assembled the mob, and lit the flame of this attack. Everything that followed was his doing. None of this would have happened without the President," said Cheney, who is the third-ranking Republican in the House, in a statement. "The President could have immediately and forcefully intervened to stop the violence. He did not. There has never been a greater betrayal by a President of the United States of his office and his oath to the Constitution."

Rep. Jim Jordan (R–Ohio) subsequently announced that the House should reconsider her leadership.

On January 6, Trump encouraged his supporters to go to the Capitol and "fight like hell" after continuing to push theories that widespread election fraud led to President-elect Joe Biden's victory in the 2020 election, though neither Trump nor his supporters can substantiate those claims.

"Donald Trump has constructed a glass palace of lies, fear-mongering, and sedition. Last week, the nation watched it shatter into pieces," said House Majority Leader Steny Hoyer (D–Md.). "He is no patriot."

The insurrection last week resulted in five deaths, including a Capitol Police officer and a fatal police shooting of a Trump supporter.

Some dissenting Republicans questioned whether or not Trump was really to blame for last week's events, while others said that the need for unity was more important than accountability. "A vote to impeach would further divide this nation," said House Minority Leader Kevin McCarthy (R–Calif.). "A vote to impeach would further fan the flames of partisan division. Most Americans want neither inaction nor retribution. They want durable, bipartisan justice," McCarthy added, ignoring that this impeachment is indeed shaping up to be bipartisan and that such charges will always be divisive. "The president bears responsibility for Wednesday's attack by mob rioters," he continued.

It will next move to the Senate, where a trial will begin after President-elect Joe Biden has been sworn in. Senate Majority Leader Mitch McConnell (R–Ky.), who is about to become the minority leader, has reportedly intimated that he may vote to convict.

UPDATE: This post has been edited to include the final vote tally.