If governments stand in the way of vaccine production and distribution for the world market, the costs will be high in lives and in wealth. 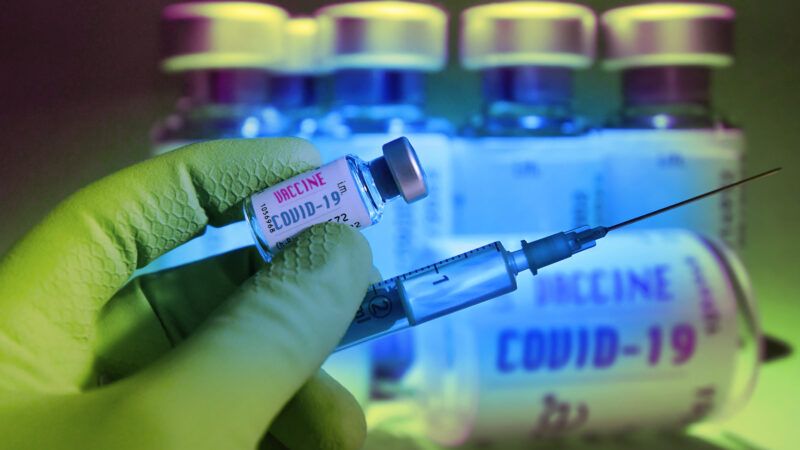 Melinda Gates, co-chair of the Bill & Melinda Gates Foundation, recently cautioned that if governments stifle the flow of vaccines around the world in order to favor their own constituents, COVID-19 will continue to infect unprotected populations at enormous cost in lives and wealth. That comes as experts warn of the dangers of "vaccine nationalism" and as the nationalistic Trump administration is poised to be replaced by an even more top-down Biden administration that threatens government control of medications and other health care supplies.

Gates has a personal stake in the vaccine issue; the Bill & Melinda Gates Foundation is helping to fund the World Health Organization's (WHO) Access to COVID-19 Tools (ACT) Accelerator, which seeks to widely distribute two billion doses of COVID-19 vaccine once likely candidates become available. To that end, the Gates Foundation recently donated $70 million on top of earlier commitments to develop and distribute COVID-19 treatments.

"Those two billion doses … If for instance, they only went to high-income countries, we would have twice as much death around the world," Melinda Gates told France 24.

Why would the vaccine only be available to people in some countries and not others?

"Experience from the 2009 H1N1 pandemic and the onset of the COVID-19 pandemic suggests that in responding to such events, national governments tend to follow their own interests instead of pursuing a more globally coordinated approach," points out the RAND Corporation in an October report. "A situation where countries push to get first access to a supply of vaccines and potentially hoard key inputs for vaccine production has been commonly referred to as 'vaccine nationalism'."

An example of a nationalistic endeavor is Operation Warp Speed, the Trump administration's program "for delivering a safe and effective product to Americans as quickly and reliably as possible" through a public-private joint endeavor. Such government-led, single-nation efforts could crowd out private research while developing vaccines that would stop at national borders.

"In their quest to obtain vaccines, countries without access to the initial stock will search for any form of leverage they can find, including blocking exports of critical vaccine components, which will lead to the breakdown of supply chains for raw ingredients, syringes, and vials," Thomas J. Bollyky and Chad P. Bown cautioned in Foreign Affairs.

Notably, though, one of the more promising vaccine candidates comes from Pfizer, which made a point of not participating in Operation Warp Speed. As a result, the company remained free of the public-private partnership's strictures.

"I wanted to liberate our scientists from any bureaucracy," Pfizer CEO Albert Bourla commented months before its vaccine was announced. "When you get money from someone, that always comes with strings."

Pfizer did, however, pre-sell almost $2 billion worth of vaccine to the U.S. government. Such speculative orders by governments help to fund research, but they threaten to limit the supply of vaccine to the world market until manufacturing capacity can expand to match demand.

"Many high-income countries have hedged their bets by advance purchasing enough doses to vaccinate their population several times over," note Duke University researchers. "Canada has purchased enough to vaccinate its population five times over."

Ultimately, though, manufacturing capacity is a short-term challenge—so long as governments don't continue to stand in the way of production and distribution for the world market. If they do, the costs will be high in lives and in wealth.

"Vaccine nationalism could lead to the unequal allocation of COVID-19 vaccines and cost the global economy up to $1.2 trillion a year in GDP terms" if wealthy nations vaccinate their own populations and limit vaccine availability elsewhere, RAND estimates. The think tank's projection of potential global costs is in addition to the possible toll in human lives posed by Melinda Gates.

RAND isn't necessarily calling for governments to just get out of the way, though it's also not specifying any solutions other than "enforceable frameworks in vaccine development and distribution, managed by established international fora." Those enforceable frameworks could be something as top-down and potentially distorting as Operation Warp Speed on a global scale, or they could be free-trade agreements that allow for supply to meet demand. The group's report emphasizes that "any restrictions on supplying other countries, such as export bans and seizures of supplies, can be problematic."

Projects such as ACT Accelerator might be part of the solution if participation and funding continue to be voluntary. But ACT Accelerator is led by WHO—of which, RAND acknowledges, "its activities have become quite politicized recently." Spinning the project off from the discredited parent organization could help.

Unfortunately, the United States looks to be going in the other direction, toward even greater government interference under the new Biden administration. The president-elect proposes "a Supply Commander to take command of the national supply chain for essential equipment, medications, and protective gear."

Saying "we can no longer leave this to the private sector," Biden adds that "the Supply Commander should direct the distribution of critical equipment as cases peak at different times in different states or territories. That goes for ventilators, masks, gowns, face shields, lab equipment, tests and testing components, medicines, and all other critical materials."

That's a recipe for yet more politicized decision-making about who gets what. It will be bad enough if that means government officials substituting their preferences for those of producers, buyers, and sellers. Inevitably, though, it will involve schemes to buy off voters, reward friends, and punish enemies. In the midst of a global pandemic, it's difficult to see a lot of room in that scheme for private firms to respond to demand in other countries for vaccine components, vaccines, or anything else without permission from government officials.

Health crises pose challenges to everybody by making normal interactions potentially dangerous. But government officials forcibly intervening in private arrangements to politicize decisions can only make bad situations much worse.